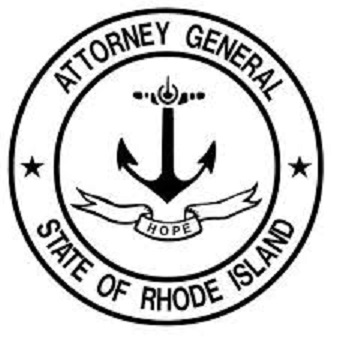 PROVIDENCE, RI – Attorney General Peter F. Neronha will testify tonight in the Senate Labor Committee in support of SB195, a bill that would increase penalties for both wage theft and the misclassification of employees as independent contractors in Rhode Island.

“There is an underground economy in Rhode Island where people are misclassified as independent contractors when they are really employees. That’s cheating workers and it’s cheating the state’s taxpayers,” said Attorney General Neronha. “Additionally, when employers cheat workers by failing to pay them the wages they are due, it’s theft, plain and simple. Wage theft not only harms employees, it also deprives Rhode Island of tax revenue, which means taxpayers also pay the price. Both wage theft and misclassification are crimes that warrant felony treatment.”

Currently, both wage theft and employee misclassification are misdemeanor offenses. The Attorney General’s bill, introduced in the Rhode Island Senate by Majority Leader Michael J. McCaffrey (D-Dist.29, Warwick), would make these practices felony conduct. The bill would increase existing penalties to up to three years in prison and a fine of up to $10,000 for the first offense of misclassification or wage theft of $1,500-$5,000, or up to five years in prison and a fine of three times the wage amount or $20,000 (whichever is greater) for subsequent offenses of misclassification or wage theft in excess of $5,000.

“One simple rule that helps keep our economy running is that workers should receive the pay they deserve from the people who employ them,” said Senate Majority Leader McCaffrey. “Wage theft is a very real problem that can be perpetrated in a number of different ways beyond the blatant refusal to pay workers for their work. It can include minimum wage violations, failure to pay overtime and misclassification of workers. This legislation will strengthen the penalties of wage theft to better empower workers.”

Since taking office in 2019, Attorney General Neronha has aggressively pursued companies, using the Office’s sworn investigators, that deny employees hard-earned wages or attempt to cheat the system by misclassifying their workers.

In September 2020, David Pelino, a former Warwick business owner, was sentenced to 18 months of probation and ordered by the court to pay restitution, after failing to pay over $7,000 in wages to former employees of Bright Sky Solar, LLC in 2018.

In July 2020, the Attorney General charged Marcello Pompa, owner of M&M Cleaning of MA, LLC, with wage theft; failing to maintain workers’ compensation insurance coverage; and workers’ compensation insurance premium fraud, alleging that Pompa failed to pay approximately $10,885 in wages to 16 former employees before the company went out of business in March 2019. This case remains pending.

In March 2020, the Attorney General charged Obed and Irene Rodriguez, owners of JJC Remodeling, a Texas-based construction company that operated as a subcontractor on a hotel construction project in Warwick, with wage theft. It is alleged that the business owners did not pay wages, including overtime wages, to three employees for approximately three weeks of pay, totaling more than $12,700. At least one employee alleges that he was mandated to work 10-hour days, seven days per week, without being offered overtime pay as required by law. This case is also pending.