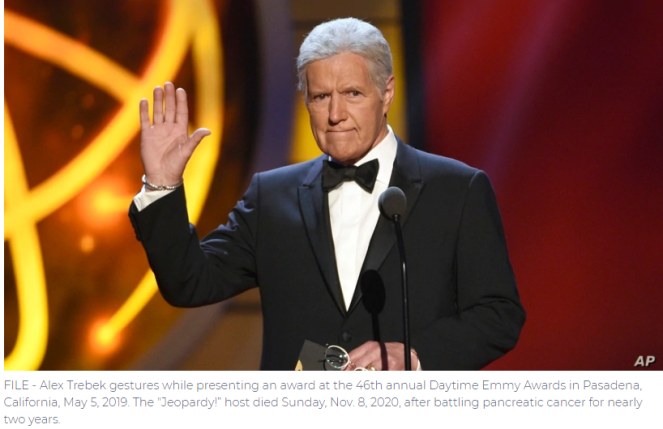 Trebek died at home early Sunday with family and friends surrounding him, “Jeopardy!” studio Sony said in a statement.

Trebek presided over the beloved quiz show for more than 30 years.

He was a master of the format, engaging in friendly banter with contestants and appearing genuinely pleased when they answered correctly.

He was also able to move the game along in a brisk no-nonsense fashion whenever people struggled for answers.

The Canadian-born Trebek was more than qualified for the job, having started his game show career on “Reach for the Top” in his native country.