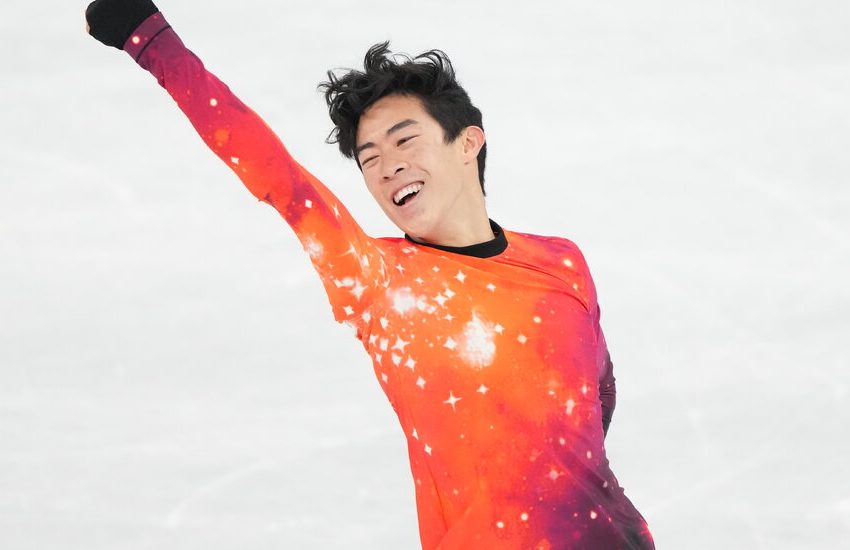 Nathan Chen of the United States competes in the men’s free skate program during the figure skating event at the 2022 Winter Olympics, Feb. 10, 2022, in Beijing.

WASHINGTON-American Nathan Chen won the gold medal Thursday in the men’s figure skating competition at the 2022 Beijing Winter Olympics, becoming the first U.S. man to win the event since 2010.

Chen came into the day leading the competition after earning the highest score in the short program. He gave an even more dominant performance Thursday in the longer free skate to beat out second-place Japanese skater Yuma Kagiyama.

The bronze medal in the event went to Japan’s Shoma Uno.

The two-time defending champion, Japan’s Yuzuru Hanyu, placed fourth and on Thursday came up just short in his attempt to become the first skater to land a quadruple axel in competition.

Chen was one of the favorites in the event at the 2018 Olympics, but a disappointing performance in the short program led him to a fifth-place finish.

“It means the world,” he said after Thursday’s victory. “I’m just so happy.”

In snowboarding, American Chloe Kim defended her 2018 gold medal in the women’s halfpipe with another win Thursday. Kim needed only the first of her three runs to set a score no other competitor could match.

Spain’s Queralt Castellet took the silver medal in the event as she competed in her fifth Olympics. Japan’s Sena Tomita won the bronze medal.

Austrian skier Johannes Strolz won gold in the Alpine combine race Thursday. He can compare medals with his father, Hubert, who won the same event at the 1988 Calgary Olympics.

The Alpine combined brings together downhill skiing and slalom, and Strolz was able to overcome a fourth-place finish in the downhill by posting the best time in the slalom Thursday on his way to an overall victory.

Germany has won the gold in all four of the luge events held at the games, with the final victory coming Thursday when their relay team defeated Austria by less than one-tenth of one second. Latvia won the bronze. Natalie Geisenberger captured the women’s gold, while Johannes Ludwig won the men’s gold, and Tobias Wendl and Tobias Arlt the doubles gold.

Irene Schouten of the Netherlands won the women’s 5,000-meter speed skating event on Thursday, her second gold won in Beijing in record-setting performances.

Schouten finished in an Olympic record time of six minutes and 43.51 seconds ahead of Isabelle Wiedemann of Canada. Martina Sablikova of the Czech Republic won the bronze.

Schouten also won the women’s 3,000 on Saturday, the opening day of speedskating at the Ice Ribbon oval, finishing the race in a record time of 6 minutes, 43.51 seconds.

Some information for this report came from The Associated Press.