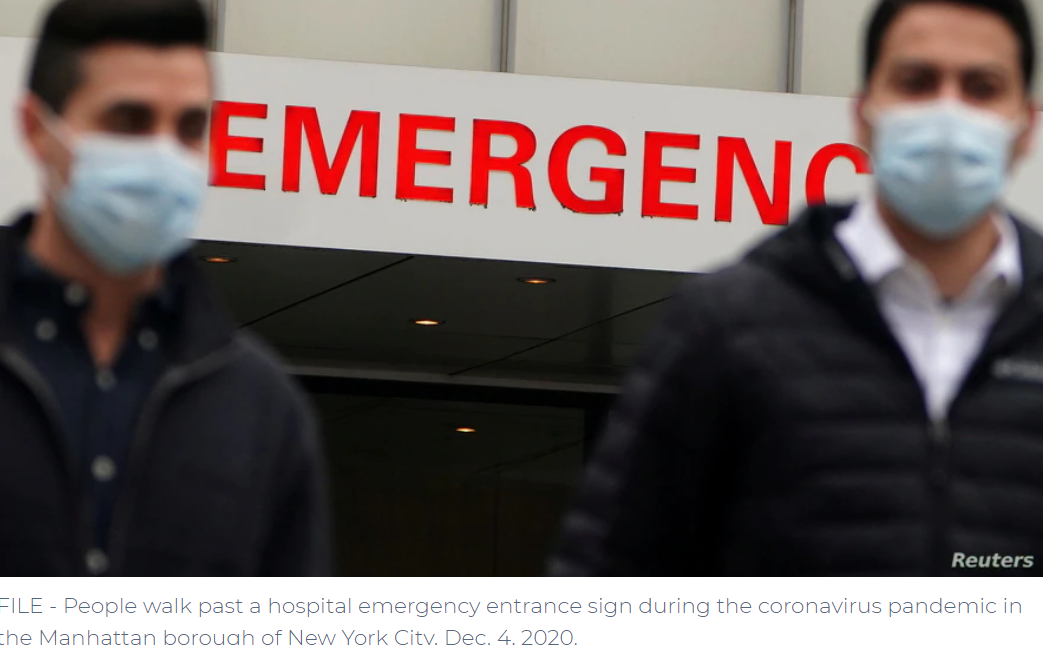 WASHINGTON – Top U.S. health officials told Americans on Sunday they need to remain determined to protect themselves against the coronavirus even as the first vaccines are likely to become available later this month.

Trump wrote on Twitter, “By far the greatest mayor in the history of NYC, and who has been working tirelessly exposing the most corrupt election (by far!) in the history of the USA, has tested positive for the China Virus. Get better soon Rudy, we will carry on!!!”

He joins the list of many people close to the White House, including Trump, to be sickened by the coronavirus that has killed more than 282,000 Americans, according to Johns Hopkins University.

Giuliani did not respond to requests for comment, according to the Associated Press. He retweeted Trump’s announcement of his diagnosis. And he tweeted thanks to Matt Couch, a conservative writer, who had tweeted he was praying for Giuliani.

It was not clear when Giuliani tested positive or what, if any, symptoms he was experiencing.

In the last week, Giuliani has appeared in several states at hearings and meetings with Republican officials without a mask, including Georgia, where on Thursday he urged state lawmakers to stop certification of the November 3 election. He made similar pleas in a four-hour hearing Michigan on Wednesday and Arizona on Monday.

Few of several thousand people wore face masks Saturday evening as they gathered in Georgia at a crowded outdoor political rally staged by Trump in his longshot effort to upend his defeat in the November 3 election. Trump was there to whip up support for Republican senators who are facing a runoff election.

But Azar said, “Our advice is the same,” to avoid such crowded settings and take precautions.

There “are bright days ahead,” Azar said, with U.S. health regulators on Thursday set to consider whether to authorize emergency use of a coronavirus vaccine produced by the drug-making team of Pfizer-BioNTech, and a week later, another vaccine developed by the Moderna biotechnology company.

Azar said if a panel of experts at the Food and Drug Administration approves the Pfizer vaccine, “within hours [health workers] can be vaccinating” patients.

U.S. authorities have decided that medical and emergency workers as well as employees and residents of nursing homes are at the highest risk of contracting the infection and will be first in line to be inoculated. Azar said that 30 million to 40 million doses of the vaccine will be available by the end of the year, with millions more doses to be manufactured in the first half of 2021.

President-elect Joe Biden has said his transition team has seen “no detailed plan” for distribution of the vaccines. But Azar said, “With all due respect, that’s just nonsense. This is being micromanaged” by the outgoing Trump administration.

In one national poll, about four in 10 people say they will refuse to get the shot, either because they are wary of vaccinations in general or the coronavirus inoculation specifically.

But Azar said that “positive experiences” of people being inoculated “will drive more people” to get the necessary two shots a month apart to become vaccinated.

Biden said last week that when he is inaugurated January 20, he will ask, but not attempt to mandate, that Americans wear a mask for 100 days to try to curb the spread of the virus that causes the COVID-19 disease.

“It’s never too late, Slaoui said. “This pandemic is ravaging the country. We always need to take our precaution.”

“This virus is a killer,” he said. “We need to be very cautious and vigilant.”

More than 281,000 Americans have died due to COVID-19, more than in any other country, and 14.6 million are infected, according to the latest figures by the Johns Hopkins University.

Two-hundred-and-30-thousand more cases were reported in the U.S. on Friday and more than 100,000 people are now hospitalized with the infection. Health experts are predicting that tens of thousands more Americans will die from COVID-19 before they think the pandemic can be brought under control.