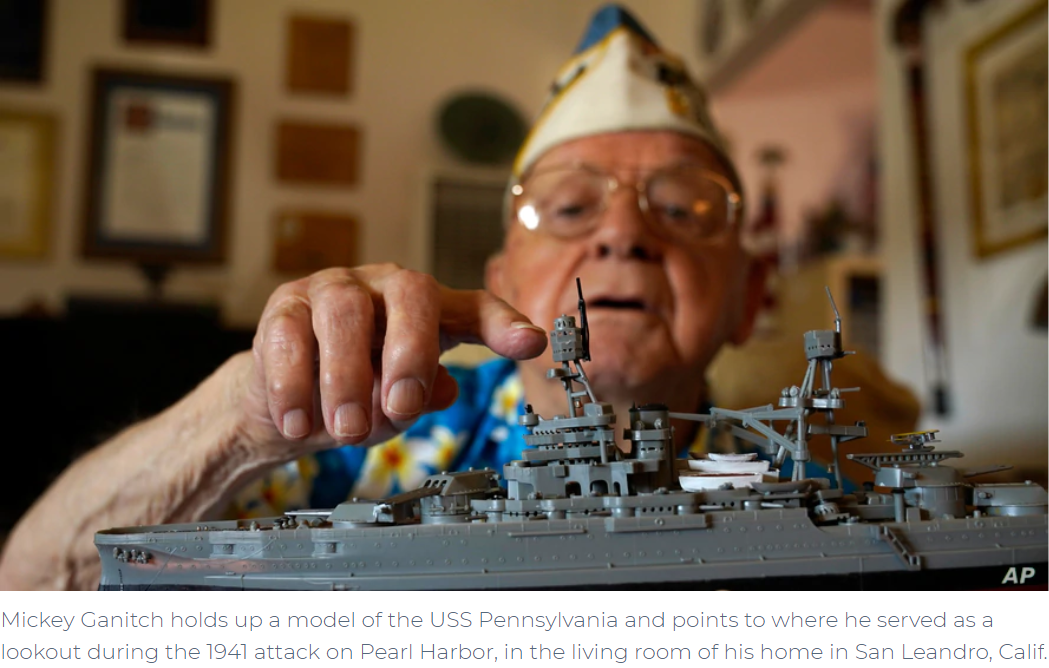 Survivors of the December 7, 1941, attack on Pearl Harbor commemorated the anniversary at home this year, with gatherings banned and most large events canceled in the United States amid surging numbers of coronavirus cases.

In past years, thousands of people – survivors, current members of the military, tourists, and locals – have attended ceremonies on the naval base in Hawaii honoring those killed in a Japanese aerial assault.

The attack, launched to destroy the U.S. Pacific fleet and stop the U.S. from interfering with Japan’s offensives in Southeast Asia, took about 2,400 American lives.

Of those, 1,177 were Marines and sailors serving on the battleship USS Arizona, moored in the harbor. The vessel sank within nine minutes of a Japanese bomb piercing its bow, igniting a million pounds of gunpowder.

Most of the crew went down with it.

The ship still rests in the harbor and is a grave for more than 900 men killed in the attack. The white memorial structure built above the ship is visited each year by nearly 2 million people.

Speaking at this year’s small ceremony on the island of Oahu, Hawaii, U.S. Pacific Command chief Navy Adm. John Aquilino said the “service and sacrifice” made at Pearl Harbor 79 years ago guaranteed the survival of America’s “way of life.”

“What we see today here is the resolve, despite a pandemic, for us to be able to pay our respects and thank the Greatest Generation. It also is a reminder to all that nothing will stop us,” Aquilino said.

The National Park Service and the U.S. Navy closed the ceremony to the public and livestreamed the event online in order to limit its size.

The ceremony included a moment of silence at 7:55 a.m., the moment of the Japanese attack began, and a flyover in a missing man formation in which one plane leaves the formation and flies high in the sky, leaving an empty space in honor of the lives lost.

Last year, three of the survivors of the attack attended the ceremony in Hawaii, but this year none were present because of the concerns about the pandemic, which has been particularly deadly for older people.

“We’re respecting them by being there and showing up and honoring them, because they’re really the heroes,” Navy sailor and attack survivor Mickey Ganitch, 101, who has attended most of the annual ceremonies since the attack, told the Associated Press.

This year he will be observing a moment of silence from his home in California.

“That’s the way it goes. You got to ride with the tide,” Ganitch said.