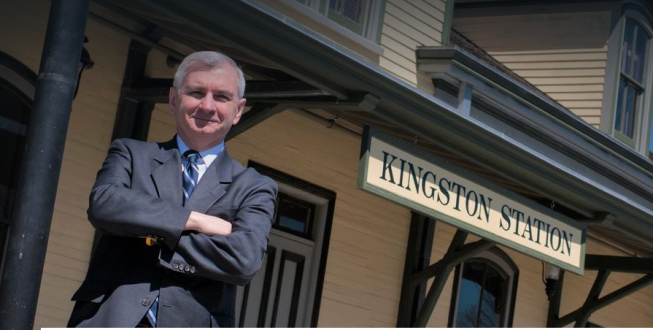 RI slated to get $1.67 billion that Sen. Reed helped secure for RI in the State & Local section of the American Rescue Plan

Reed encourages the state and communities to make strategic investments to help their residents, businesses and nonprofits recover

WASHINGTON, DC – Today, the U.S. Treasury Department launched the process of distributing $350 billion in federal aid for state and local governments allocated through the American Rescue Plan, which was signed into law in March.  This comes on top of $150 billion the federal government sent directly to states and local governments last year under the CARES Act.  Rhode Island previously received $1.25 billion from that CARES Act allocation.

U.S. Senator Jack Reed (D-RI), who helped include the state and local aid in both laws, says a total of $1.67 billion of fiscal aid will be directed to the State of Rhode Island and local governments from this provision of the law.  About half of the money will be made available to local governments in 2021 with a second tranche available a year later.  Reed is encouraging the state, cities, and towns to develop a strategic plan to spend the money and request the funds in a timely manner.

“This money should be a big help in terms of boosting our economy and building a brighter, healthier future.  Treasury has published its Interim Final Rule, and I urge state and local officials to review this rule and make wise and strategic investments, as opposed to gimmicks, that will help residents, businesses, and communities recover and thrive,” said Reed.

Today, the Treasury Department opened up a portal for state and local governments to request this federal funding.  State and local governments that successfully request these funds could begin receiving them this month.  According to the Treasury Department, the federal funds may be used to support public health expenditures, address negative economic impacts caused by the public health emergency, replace lost public sector revenue, provide premium pay for essential workers, and invest in water, sewer, and broadband infrastructure.

Senator Reed worked with Senate leadership to include state and local fiscal relief funds to keep first responders, frontline health workers, and other providers of vital services safely on the job as states and local governments accelerate vaccine delivery, bolster the economy, and provide critical support to Main Street.  Under this law, this federal funding may be used to provide assistance to households, small businesses, non-profits, aid to impacted industries such as tourism, travel, and hospitality, investments in water, sewer, and broadband infrastructure, and to provide premium pay to frontline workers.  Local governments of every size, including cities and towns, may receive dedicated federal aid awards.

Treasury will provide further details regarding a related but separate $10 billion capital projects fund. According to one estimate, Rhode Island may receive $113 million from this $10 billion fund that may be utilized by the state for critical capital projects throughout Rhode Island to directly enable work, education, and health care, including remote options, in response to the pandemic. With this estimated $113 million, Rhode Island’s total funding could be $1.78 billion.

Of the estimated $1.67 billion in federal funds allocated to Rhode Island today, set asides include:

–       $205.7 million is slated to be shared by all communities, based mostly on population size.  This funding will be distributed by the state to communities in the following counties:

Under Reed-backed language in the Senate bill, which was accepted by the House and signed into law, this state and local aid may also be used “for the provision of government services to the extent of the reduction in revenue…due to the COVID–19 public health emergency relative to revenues collected in the most recent full fiscal year…prior to the emergency.”

According to the Treasury Department: “Recipients may use these funds to replace lost revenue.” Treasury’s Interim Final Rule establishes a methodology that each recipient can use to calculate its reduction in revenue. Specifically, recipients will compute the extent of their reduction in revenue by comparing their actual revenue to an alternative representing what could have been expected to occur in the absence of the pandemic.

Analysis of this expected trend begins with the last full fiscal year prior to the public health emergency and projects forward at either (a) the recipient’s average annual revenue growth over the three full fiscal years prior to the public health emergency or (b) 4.1%, the national average state and local revenue growth rate from 2015-18 (the latest available data).

For administrative convenience, Treasury’s Interim Final Rule allows recipients to presume that any diminution in actual revenue relative to the expected trend is due to the COVID-19 public health emergency.  Upon receiving Coronavirus State and Local Fiscal Recovery Funds, recipients may immediately calculate the reduction in revenue that occurred in 2020 and deploy funds to address any shortfall. Recipients will have the opportunity to re-calculate revenue loss at several points through the program, supporting those entities that experience a lagged impact of the crisis on revenues.

Importantly, once a shortfall in revenue is identified, recipients will have broad latitude to use this funding to support government services, up to this amount of lost revenue.”

The law itself contains some notable restrictions on how the money may be used, including:

•           States and communities are prohibited from using the aid to support pension funds.

•           Relief for local governments is divided into two phases, with the second tranche of federal funds coming at least a year later.

•           States and localities have until the end of 2024 for eligible uses like COVID-19 costs or its negative economic impacts, government services, or infrastructure investments.

“I’ve championed these funds for so long because no state, including Rhode Island, and its localities could ever have budgeted for this kind of pandemic.  States and localities have been forced to shoulder considerable and unexpected costs as they raced to save lives and livelihoods.  They should not be penalized for stepping up to help.  Instead, the federal government needs to step up and be a reliable partner.  This new federal funding will help provide an economic boost at a critical moment,” concluded Senator Reed.  “I am pleased Treasury Secretary Yellen is getting this money out the door, and I will continue working to provide oversight of this funding and ensure it is put to good use.  The road to recovery is long and steep but this will provide a tremendous boost to Rhode Island and the nation.”