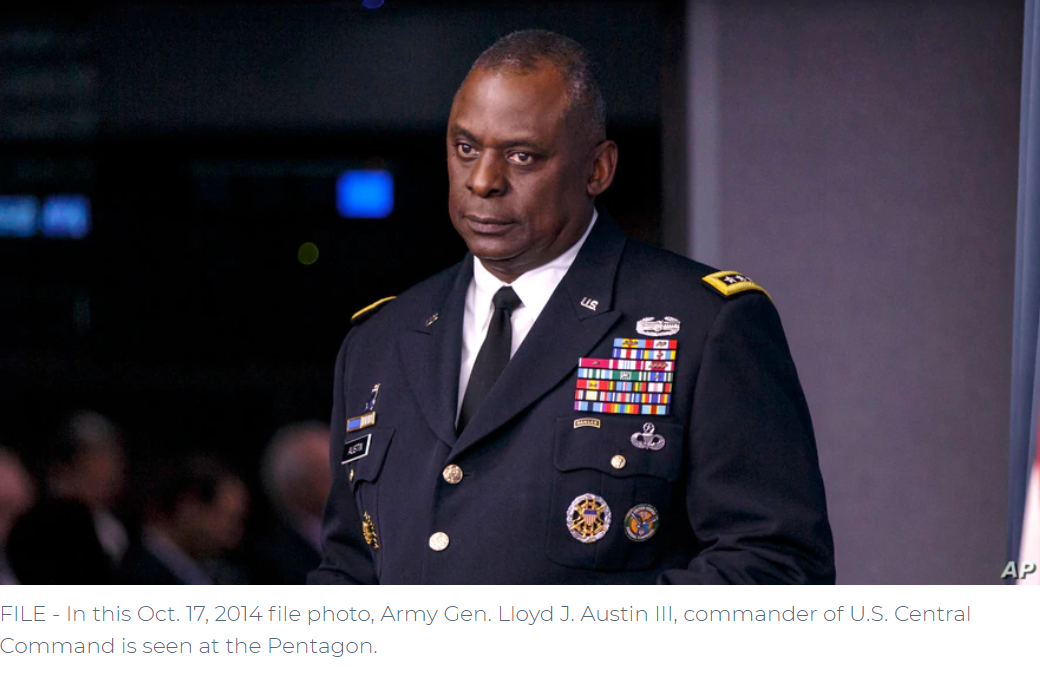 WASHINGTON – Retired U.S. Army General Lloyd Austin is poised to return to the Pentagon as President-elect Joe Biden’s pick for defense secretary, according to sources familiar with the decision. He will become the first African American to hold the post if he is confirmed by the Senate.

Born in 1953 in the southeastern state of Alabama and raised in neighboring Georgia, Austin graduated from the U.S. Military Academy in West Point in 1975 and rose through the ranks during his four-decade career, beginning as a commander of a combat support company with the legendary 82nd Airborne Division based at Fort Bragg, North Carolina.

He eventually rose to the rank of lieutenant general and assumed command of Fort Bragg, before becoming commander of U.S. troops in Iraq from 2010 to 2011, where he oversaw the end of the U.S.-led invasion of the country and the withdrawal of all American forces.

But Austin has been in retirement for less than five years, and U.S. law requires defense secretaries to be out of active-duty military for at least seven years in order to preserve civilian leadership of the military.

There have been two instances where Congress has provided a waiver for retired generals to serve as defense secretary: The first was in 1950 for retired career Gen. George Marshall; the last was in 2017 for retired Gen. Jim Mattis.

Some members of Congress have already expressed hesitation to provide a waiver for Biden’s pick, especially so soon after one was provided for Mattis.

“I have deep respect for General Lloyd Austin … but choosing another recently retired general to serve in a role that is designed for a civilian just feels off. The job of secretary of defense is purpose-built to ensure civilian oversight of the military,” Rep. Elissa Slotkin, a Democrat, said in a statement Tuesday.

Senator Jack Reed of Rhode Island, the top Democrat on the Armed Services Committee, indicated in 2017 that the Congressional waiver for Mattis should be a “once in a lifetime occurrence” and that he would oppose future waivers for the post.

Austin earned praise for both his intellect and strong leadership skills among both civilian and military leaders, with then-President Barack Obama saying upon Austin’s retirement that his “character and competence exemplify what America demands of its military leaders.”

But the general came under fire by lawmakers in 2015 over a $500 million program which ultimately trained just a handful of Syrian fighters.

Michael O’Hanlon, a senior defense fellow at the Brookings Institution, said, “General Austin is a soldier’s soldier in many ways, but he will have a steep learning curve going from his CENTCOM experience to handling great-power competition, high-tech military modernization, and other top priorities” needed to counter a growing threat from China and Russia.

“He is an unorthodox choice for that reason—though it doesn’t mean necessarily that he’s a bad choice,” O’Hanlon said.