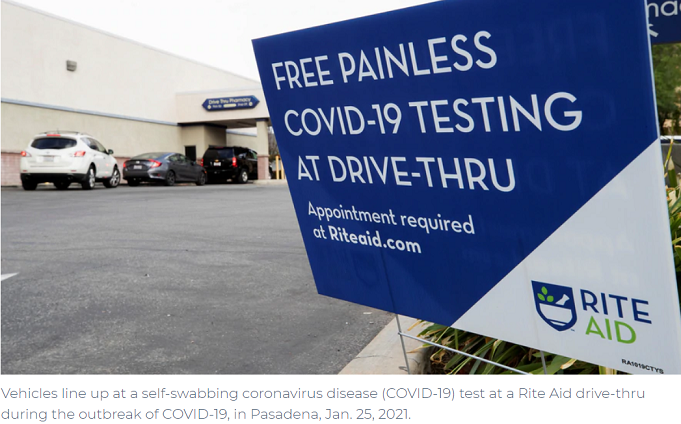 U.S. President Joe Biden expressed a sense of urgency for lawmakers to find agreement on a new coronavirus aid package, saying Monday, “Time is of the essence.”

Biden has proposed a $1.9 trillion plan that includes money to increase the pace of COVID-19 vaccinations, help for schools to reopen, financial relief for state and local governments, and $1,400 direct payments for individuals.

Republicans have pushed back both on the size of the package and on the speed of the negotiations.

Senate Minority Leader Mitch McConnell said Monday that “any further action should be smart and targeted, not just an imprecise deluge of borrowed money that would direct huge sums toward those who don’t need it.”

Senator Susan Collins, a Maine Republican, said consideration of a package of such size and scope “seems premature.”

Senate Majority Leader Chuck Schumer said that while passage in the Senate will not be easy, he is aiming to get approval for an aid package in the next four to six weeks.

Biden told reporters he is reluctant to “cherry-pick and take out one or two items,” seeing the whole plan as critical in responding to the many challenges posed by the pandemic that has killed more than 420,000 people in the United States.

The president, who served in the Senate for 36 years, said he understands the legislative process, and that while he wants aid legislation to have bipartisan support, there will be arguments.

He cited the $1,400 payments, which decrease above certain income thresholds, and said he is open to negotiating such details.

“Well, there’s legitimate reason for people to say, ‘Do you have the lines drawn the exact right way?  Should it go to anybody making over X-number of dollars or why?’” Biden said.

Republicans arguing for a more targeting round of aid have said the payments should be focused on the neediest households.

A group of senators from both the Democratic and Republican caucuses said there was broad consensus among the group of the need for additional funding for vaccines.