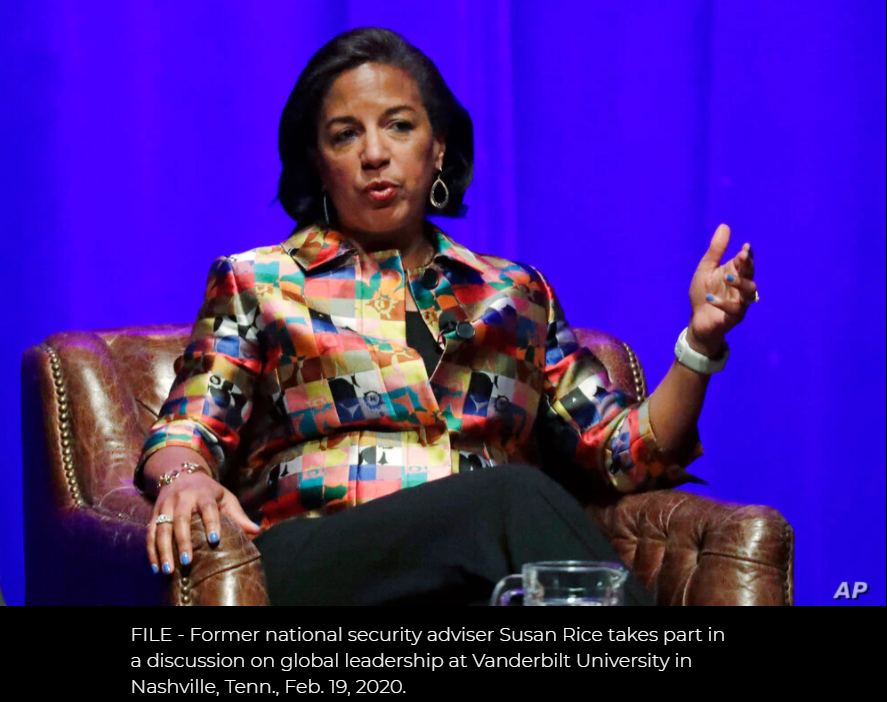 Fudge and Rice are African American, and Tai’s parents are immigrants from Taiwan.

“This dedicated and distinguished group of public servants will bring the highest level of experience, compassion, and integrity to bear, solving problems and expanding possibilities for the American people in the face of steep challenges,” Biden said in Thursday’s statement, promising they will “hit the ground running on day one.”

Biden has been reluctant to nominate his party’s members of Congress to his cabinet, given the Democrats’ narrow majority in the House of Representatives and uncertainty in the Senate. Fudge, a champion of affordable housing and infrastructure investment, is seen as an exception as she represents a safe seat in her district in Ohio.

Tai would be the first woman of color in the role of U.S. trade representative if confirmed. Her nomination was pushed by Democratic lawmakers who noted in particular her fluency in Mandarin and her expertise in U.S.-China relations.

In tapping Tai, who successfully led Washington’s disputes against Beijing at the World Trade Organization from 2007 to 2014, the Biden team may be signaling an intent to return to a more multilateral approach to advancing U.S. trade interests and confronting China economically.

The choice of Rice for a top domestic policy job comes as a surprise given her experience in foreign policy, serving as the U.S. ambassador to the United Nations from 2009 to 2013 and as the national security adviser from 2013 to 2017.

However, Democrats were concerned that Republicans might block her nomination to a position that required Senate confirmation. Rice had been a contender to be secretary of state, a position that went to Antony Blinken.

Biden on Wednesday announced the selection of another African American, retired Army General Lloyd Austin, to serve as defense secretary.

Biden has been facing pressure from activist groups and is eager to show that his administration intends to expand on gender and racial diversity in top appointments. Activists see diverse leadership as especially crucial as the country faces the pandemic and tries to recover economically.

“For too long, the United States government has not been representative of the people that it’s intended to serve,” said Sarah Fleisch Fink, vice president for policy and strategy at the National Partnership for Women & Families. Fink said the issues that the U.S. is facing are worst for the people who are most marginalized, including women, people of color, people with disabilities, and the LGBTQ community.

“The pandemic has only exposed that and compounded it,” Fink added. “In order for these communities to experience real change and transformation, they need to be served by people who understand their experiences.”

Biden chose Dr. Marcella Nunez-Smith, an expert on health care disparities among racial and ethnic groups in the U.S., as chair of his COVID-19 equity task force.

Other female top administration official designees include Janet Yellen as Treasury secretary and Avril Haines as director of national intelligence.

Biden has also named Latinos to his cabinet including California Attorney General Xavier Becerra as his choice to lead the Department of Health and Human Services and Alejandro Mayorkas as his nominee for secretary of the Department of Homeland Security.

Activists are calling on Biden to nominate a Black person as attorney general, but he is said to be considering Democratic Senator Doug Jones of Alabama, who lost his bid for reelection in last month’s general election. Jones is a former federal prosecutor who successfully prosecuted two members of the white supremacist Ku Klux Klan group for the deadly 1963 bombing of a Black church in Alabama.