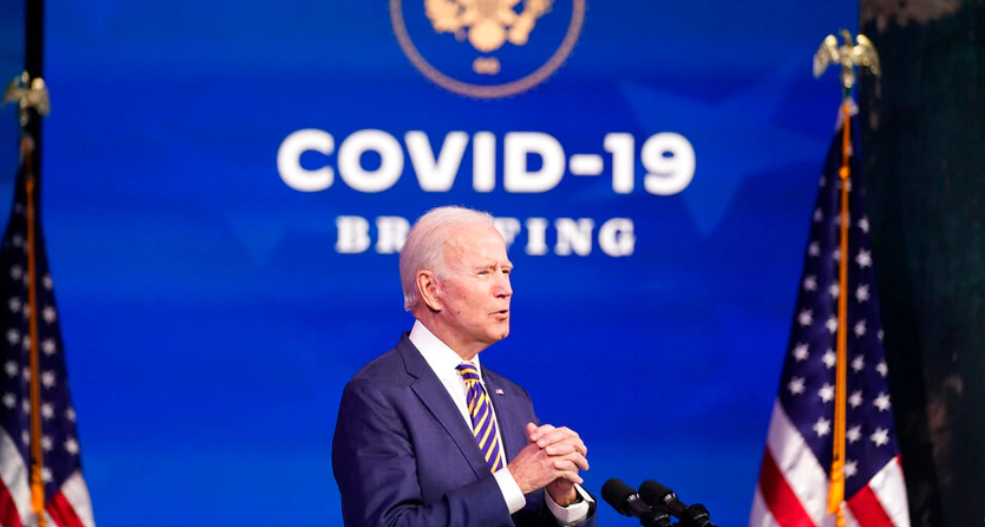 U.S. President-elect Joe Biden is set to unveil Thursday a coronavirus response plan that includes boosting the rate of vaccinations and helping counter the economic effects of the pandemic.

Biden is scheduled to detail the program in an evening address.

He has already set a goal of administering 100 million vaccine shots in the first 100 days after he takes office on January 20, and his plan is expected to include funding to expand the vaccination campaign.

The U.S. government has approved two different vaccines for emergency use.  Both require a two-shot regimen, and so far, more than 10 million people have received the first dose of vaccine.

Biden’s plan is also expected to include a new round of direct payments to U.S. households.  A previous coronavirus relief bill was delayed last month amid disagreements about how big the stimulus payment should be.

Deese said Biden would ask Congress to focus first on passing the economic stimulus measures and then work on longer-term economic recovery areas such as healthcare and infrastructure.

Senate Democratic Leader Chuck Schumer has said passing a coronavirus relief bill would be the first priority when Democrats assume control of the Senate.

The United States has recorded roughly 385,000 COVID-19 deaths, and for more than two months it has been dealing with its worst surge in infections.

During the past week, the country has added an average of 245,000 new cases per day with 3,300 deaths.  Hospitalizations for COVID-19 are at record highs.