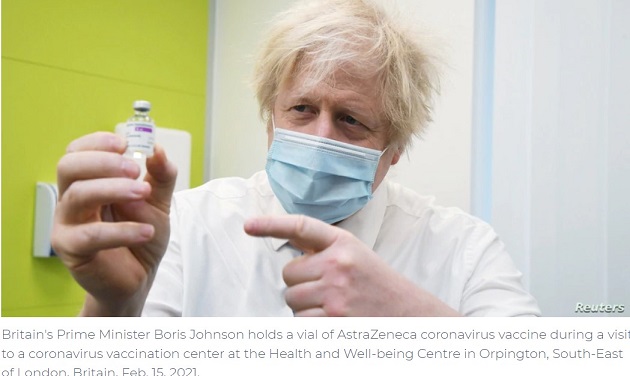 British Prime Minister Boris Johnson on Monday suggested he would support a global treaty on pandemics that would establish standards for data-sharing and transparency.

Johnson made the comment during his usual COVID-19 briefing from his office in London, when asked about the World Health Organization team’s recently concluded visit to Wuhan, China, to investigate the source of the COVID-19 pandemic.

On Friday, White House National Security Adviser Jake Sullivan issued a statement saying that while the Biden administration has great respect for WHO’s work and the experts who work for it, he expressed “deep concerns” about the early findings of the COVID-19 investigation team and has questions about the process used to reach them.

The Biden administration called on China to make its data from the earliest days of the outbreak available to the world so that it may better understand this pandemic and be ready for the next one.

Johnson agreed with those comments and the Biden administration’s call for transparency and said he would go a step further and support a global pandemic treaty that would create a general agreement on how data is shared and on ensuring transparency.

European Council President Charles Michel first proposed the idea of a pandemic treaty last November at the Paris Peace Forum. Such a treaty would likely be developed with the participation of U.N. agencies, civil society groups and nongovernmental agencies.

Nations signing on to such a treaty would, in the event of a pandemic, have a set of standards and guidelines governing how data is shared with the rest of the world.