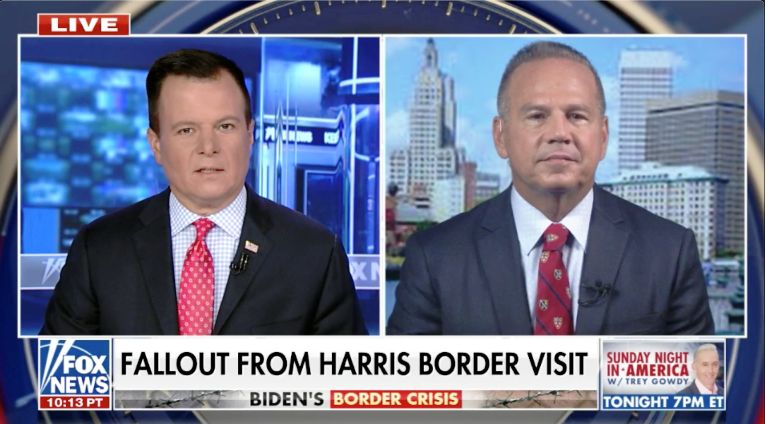 Click the following image to watch Cicilline’s interview in full. Excerpts of Cicilline’s remarks are embedded below.

“The administration is approaching this in exactly the right way – really focusing on the underlying reasons for migration, understanding what’s happening in the region that’s contributing to that, and helping to make investments that will reduce those challenges in those countries, in Guatemala, Honduras and El Salvador. They’ve also done a very good job of managing the surge at the border. The reports now are that children are in custody of the border patrol for 30 hours as opposed to 120 hours, so a significant reduction, which means they’re being placed properly in settings that are appropriate for children. But this is a complicated difficult challenge and we want an immigration system that is orderly, fair, and reflects our values. One that really reflects the values of our country. I think the administration is doing that. This is a difficult problem to solve, people are fleeing persecution, crime, tremendous hardships, looking for a better life in America. Dealing with the underlying causes of migration why people are coming here, I think is the right way to approach it, it’s exactly what the administration is doing.”

“The administration, from the very first day that the Biden Harris administration took office, understood that they inherited a broken immigration system, and that there were real challenges at the border. They began to work immediately to be sure that we were putting in place an orderly, fair, and humane system to deal with our immigration challenges. They’ve done that from the very first day, so I don’t think that visit changes that. The administration has demonstrated a deep understanding of the challenges and is approaching it in the right way, that really reflects who we are as a country and the values. The asylum and refugee system have been described as the crown jewel of American humanitarian position. I think that’s right and we have to protect that system and make sure that people can access it in a fair and humane way.”

“The infrastructure agreement is a good start. It’s a little over a trillion dollars of investment in roads, bridges, ports, and public transit. It’s a good proposal. The President has another proposal that relates to childcare, early childhood education, higher education, and paid family leave. Those are also critical parts of our recovery. The infrastructure plan that the President has announced is a good one. It will be transformative for our country. It will create millions of good paying jobs, and it will address the deficit in our infrastructure spending which hasn’t gone on for too long. Anyone who travels around to just about any part of our country knows that we need to make investments in rebuilding the infrastructure of our country to compete with people around the world who are literally racing by us. This is critical. There’s bipartisan support to rebuild the country and I look forward to the terms of the final agreement.”