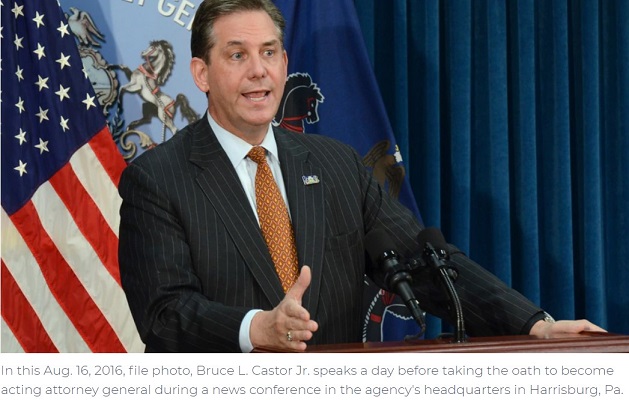 Defense lawyer David Schoen, a frequent television legal commentator, and Bruce Castor, a former district attorney in Pennsylvania who has faced criticism for his decision to not charge actor Bill Cosby in a sex crimes case, will represent Trump at the Senate trial that begins next week.

In a statement issued through Trump’s office, both attorneys said Sunday they were honored to take the job.

“The strength of our Constitution is about to be tested like never before in our history. It is strong and resilient. A document written for the ages, and it will triumph over partisanship yet again, and always,” Castor said.

Two prominent South Carolina lawyers, Butch Bowers and Deborah Barbier, had been expected to be Trump’s lead lawyers.  The relationship unraveled due to differences over what legal strategy would be appropriate for the trial, including Trump’s insistence on alleging voter fraud, according to media reports citing people familiar with the matter.

The former president is facing charges of “incitement of insurrection” in connection with the mob that invaded the U.S. Capitol on January 6.

The House impeachment managers serving as prosecutors face a tough task in convincing at least 17 Republicans to vote to impeach Trump.  That is how many would be necessary to meet the threshold of two-thirds of the Senate, assuming all the Democratic caucus backs impeachment.

Several Republicans have opposed the impeachment trial, arguing it is unconstitutional since Trump is already out of office.

Trump is the first U.S. president to have been impeached twice. He was acquitted by the Senate a year ago on charges of abuse of power and obstruction of Congress.