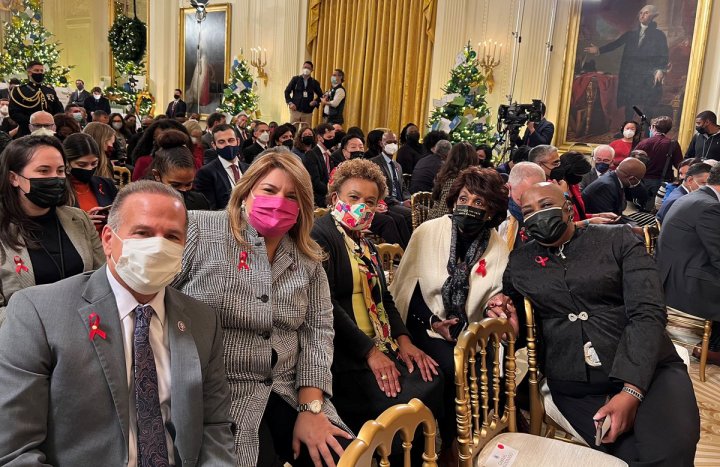 “This World AIDS Day, as we remember those lost to this awful disease, we must recommit ourselves to ending the stigma, to ensuring health equity, and leading the global fight against HIV/AIDS.

“40 years since this epidemic began, there are approximately 37.7 million people living with HIV/AIDS worldwide, including 1.2 million people here in the United States. And while new Centers for Disease Control and Prevention (CDC) data show that we are making progress in reducing new infections among white gay and bisexual men, we are failing the Black and Hispanic/Latinx community. Gay and bisexual men of color are disproportionately suffering from HIV/AIDS – highlighting inequities that exist across the healthcare system.

“The new National HIV/AIDS Strategy released today by the Biden-Harris Administration harnesses decades of research and advocacy work to lead us to an HIV/AIDS-free nation by 2030. We have the tools at our disposal to finally eradicate HIV/AIDS and address the inequities that keep marginalized communities at a higher risk for infection and as Chair of the LGBTQ+ Equality Caucus, I will continue to work with my colleagues in Congress to advance these goals and support the United States’ leadership role in the international fight against HIV/AIDS.”