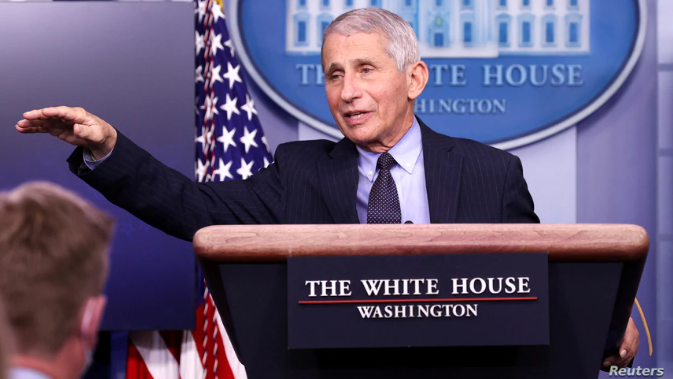 Top U.S. infectious disease expert Dr. Anthony Fauci said Thursday that by April, anyone in the United States who wants a COVID-19 vaccination should be able to get one.

In an interview with the NBC morning television program “Today,” Fauci, who also is the chief medical adviser to President Joe Biden, said projections indicate top priority groups, such as U.S. frontline workers and the elderly, should have received their vaccinations by April.

Fauci said after that, it would be “open season, namely, virtually everybody and anybody, in any category, could start to get vaccinated.” From there, he said, given logistics, it likely would take several more months to get vaccines to all who want them.

Fauci was hopeful that by July or August, “the overwhelming majority of people in the country will have been vaccinated.” He credits new vaccines becoming available and an increased capacity to deliver them with speeding the process.

An Associated Press–NORC Center for Public Affairs poll released late Wednesday indicate 67 percent of U.S. citizens plan to get vaccinated, and about one-third say probably or probably will not. Those who have doubts said vaccine safety was their number one concern.