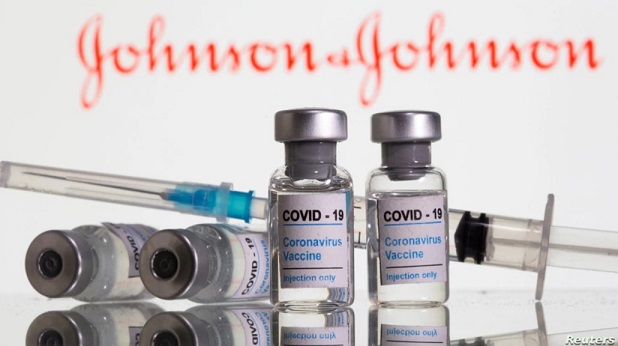 The U.S. Food and Drug Administration formally authorized the use of the Johnson & Johnson’s one-dose vaccine Saturday, clearing the way for shots to go into arms as early as Monday.

The Johnson & Johnson vaccine is 85% effective against serious illness, hospitalization and death from COVID-19, the disease caused by the coronavirus, according to data from a study that spanned three continents. The shot kept its protection even in the countries where the South African variant is spreading.

The one-and-done inoculation has been eagerly awaited by health officials who want to speed vaccinations in a race against the coronavirus and its worrisome mutations. As of Saturday evening, more than 28.5 million Americans have had COVID-19 and nearly 512,000 have died from the disease, according to the Johns Hopkins Coronavirus Resource Center.

President Joe Biden praised the “exciting news for all Americans” in a statement Saturday evening but urged Americans not to let their “guard down now.”

“I want to be clear: This fight is far from over,” he said. “I urge all Americans — keep washing your hands, stay socially distanced and keep wearing masks. As I have said many times, things are still likely to get worse again as new variants spread, and the current improvement could reverse.”

An FDA advisory panel unanimously endorsed the vaccine Friday, paving the way for the agency’s authorization.

The one-dose vaccine is the third coronavirus inoculation approved by the FDA, after the two-dose vaccines manufactured by Pfizer-BioNTech and Moderna.

By the end of March, Johnson & Johnson has said it expects to deliver 20 million doses to the U.S., and 100 million by summer, The Associated Press reported. Johnson & Johnson is also seeking authorization for emergency use of its vaccine in Europe and from the World Health Organization.

In New Zealand, residents of Auckland, a city of nearly 2 million people, began a seven-day lockdown Sunday, the second in the month since the more contagious U.K. variant of the coronavirus emerged there.

Prime Minister Jacinda Ardern announced the lockdown Saturday because of a person who was infectious for a week but had not isolated.

“It is more than likely there will be additional cases in the community,” Ardern told a press conference Sunday, although no new cases had been recorded.

New Zealand, a nation of 5 million people, identified its first COVID-19 case on February 29, 2020, and since then has seen almost 2,400 cases of COVID-19 and 26 deaths, according to Johns Hopkins data.

Japan reported 329 new coronavirus cases on Sunday, slightly down from 337 a day earlier, according to national broadcaster NHK.

Meanwhile, Britain’s Trades Union Congress said in a study that the pandemic had provided a “mirror to the structural racism” in Britain, with the unemployment rate for communities of color double that of their white contemporaries during the pandemic.

In Russia, the coronavirus crisis center confirmed 11,359 new coronavirus cases on Sunday and 379 deaths in the past 24 hours. The total number of infections in the country stands at 4,246,079 to date and the death toll at 86,122.

Elsewhere, the Vatican’s ambassador to Iraq, Archbishop Mitja Leskovar, has tested positive for COVID-19. The announcement comes a week before Pope Francis’ March 5-9 trip to the country.

Leskovar, whose title is apostolic nuncio, said in a statement that he was experiencing only light symptoms so far. “This is not going to influence the pope’s program, which is going on as planned,” he said.

France will impose weekend lockdowns in Paris and 19 other regions at the beginning of March if coronavirus infections continue to accelerate.

France will impose weekend lockdowns in Paris and 19 other regions at the beginning of March if coronavirus infections continue to accelerate.