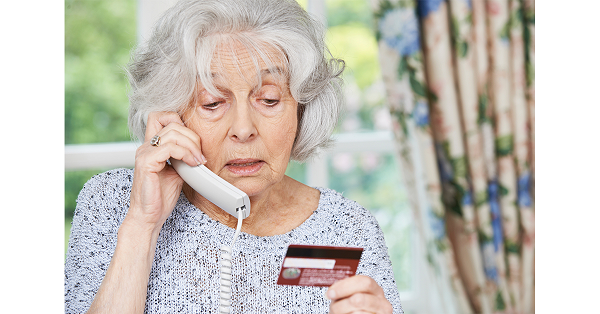 PROVIDENCE – United States Attorney Aaron L. Weisman today announced that his office recently convicted the fifth India-based telemarketing fraudster in the past three months who, like the others, was investigated and arrested by the FBI and charged by the U.S. Attorney’s Office for participating in telemarketing fraud schemes that targeted and United States Attorney Aaron L. Weisman of millions of dollars, the majority of them vulnerable to fraud schemes due to age or infirmity.

The five, all Indian nationals, participated in telemarketing schemes that operated out of call centers in India, such as “Tech Support” and “Refund Fraud” schemes, often obtaining personal identifying and banking information from victims’ computers through remote access applications or from victims themselves. The information was used to access victims’ bank accounts in order to steal or misappropriate their funds.

“Preying upon vulnerable men and women for financial gain by means of telemarketing is not only repellant, but violative of federal law; and, as demonstrated by the convictions announced today, law enforcement has no imperative but, and will not hesitate, to hold such defendants fully accountable to criminal process,” commented United States Attorney Aaron L. Weisman.

“These five men pilfered millions of dollars from unsuspecting victims all over the country, most of them senior citizens, leaving them in financial ruin without any recourse for recovery,” said Joseph R. Bonavolonta, Special Agent in Charge of the FBI Boston Division. “Their conduct in this case is reprehensible, and this is just one example of our commitment to stopping financial scams and holding the people behind them accountable for their actions, no matter where they are.”

The most recent defendant to be convicted is 29-year-old Sahil Narang. On December 11, 2020, Narang pled guilty to conspiracy to commit wire fraud and ten counts of wire fraud, admitting that over a nine-month period beginning in August 2018, he routed nearly 20,000 “Tech Fraud” scheme calls to call centers in India. Many of the callers hung-up shortly after making contact with a call center operator. However, approximately 7,524 callers remained on the line with call center operators for more than 20 minutes. The intended loss to victims was between $1.5 million and $3 million.

Narang also admitted to participating in a “Refund Scheme” by obtaining the phone number of victims already victimized by the “Tech Fraud” scheme. Narang sold those numbers to fraudsters interested in exploiting those victims for more money through the “Refund Fraud” scheme.  Additionally, in exchange for providing bank account information for use by Refund Fraudsters, he collected a portion of the money routed through the accounts, usually fifty to sixty percent.  A sentencing date has not yet been scheduled by the court.

In November, Chirag Sachdeva, 30, was sentenced to 33 months in federal prison for his role as a “Tech Fraud” telemarketer fraudster. He pled guilty on September 14, 2020, to seven counts of wire fraud.

In February, FBI agents arrested Abrar Anjum, 34, prior to his boarding a flight to India. On August 24, 2020, Anjum pleaded guilty to conspiracy to commit wire fraud. He is scheduled to be sentenced on January 11, 2021.

Manish Kumar, 32, was arrested by FBI agents on August 24, 2019, as he deplaned in New York City from a flight from India, for his participation in two telemarketing schemes and for credit card fraud. Kumar pled guilty on November 5, 2020, to conspiracy to commit wire fraud, four counts of wire fraud, and two counts of aggravated identity theft. He is scheduled to be sentenced on January 20, 2021.

Himanshu Asri, 33, pleaded guilty on December 3, 2020, to wire fraud, conspiracy to commit wire fraud, and telemarking wire fraud. He admitted that he had 325 callers routed to call centers in India where call center operators falsely reasserted to victims that malware had been detected on their computers, and offered the victims purported computer protection services in exchange for payment. He is scheduled to be sentenced on February 18, 2021.