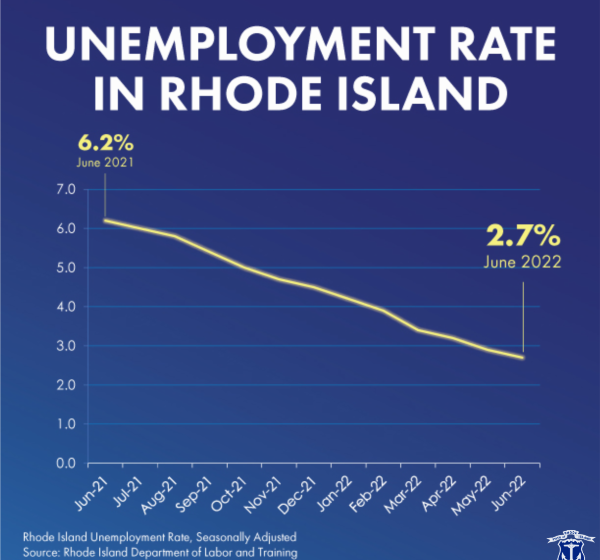 PROVIDENCE, RI – Governor Dan McKee released the following statement on today’s jobs report, which shows the state’s unemployment rate is down to 2.7 percent – tied with April and May of 1988 for the lowest rate on record under the current methodology:
“Today’s historic jobs report shows that Rhode Island has economic momentum and we are continuing to build on that momentum every single day,” said Governor McKee. “In addition to a record low unemployment rate, Rhode Island also has one of the best ranked economic recoveries in the nation according to Moody’s. But now is not the time to take our foot off the gas – we must continue to accelerate this momentum, together.”