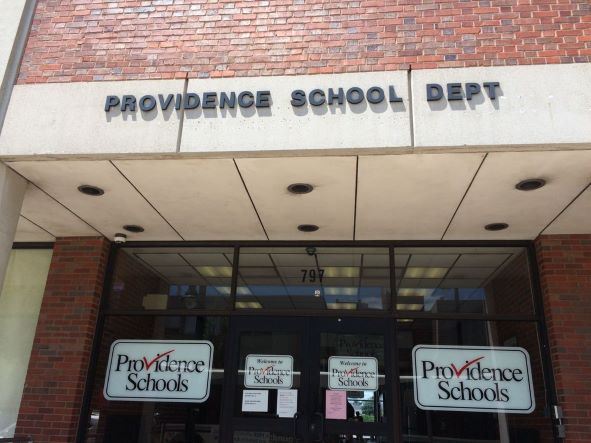 PTU’s Calabro: “The state takeover has been a bait and switch. Our kids got nothing but broken promises.”

“After two and a half years of a state takeover, it’s stunning that things are worse, not better. If state leaders say otherwise, they’re not being honest. The state takeover has been a bait and switch. Our kids got nothing but broken promises. We need to end this state takeover now so we can move forward with an experienced leadership team willing to work collaboratively on the Turnaround Action Plan to improve our schools. Our kids can’t wait any longer,” said Providence Teachers Union President Maribeth Calabro.

Education Commissioner Angelica Infante-Green is asking for a two-year extension of the state takeover, saying she wants a two-year pass for the two years of COVID-19. Calabro noted Infante-Green wasn’t willing to give students and teachers a pass from assessments last year.

“Sorry, but she doesn’t deserve a pass. She and her team did a terrible job during those two years by refusing to work with educators, parents and students on actionable, sustainable changes in all aspects of the district to support the TAP,” Calabro said.

“We are hemorrhaging teachers, not due to the length of the commute, but rather to the blatant lack of respect, lack of communication and lack of an organized vision from the leadership. We’ve had a record 92 teachers leave this school year; 154 left last year. The district has lost its ability to recruit and retain teachers; this shows a major failure of leadership and management,” Calabro said.

She also cited educators’ desire and need for rich and engaging professional development, including state-required courses on the science of reading and dyslexia. The district had no plan to provide it, so the American Federation of Teachers filled the void with a grant. But in a petty move, management restricted the number of educators approved to be trained as trainers in support of the dyslexia legislation.

The PTU membership voted in March 2021 that it has no confidence in the Rhode Island Department of Education leaders.

“We continue to have no confidence in RIDE leadership. We want to thank the Senate Oversight Committee for their ongoing efforts to shine a light on this failed takeover and provide the much-needed accountability on a system that is seriously lacking accountability,” Calabro said.