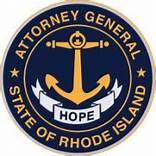 The defendant will be sentenced at a later date in Providence County Superior Court.

“The widespread availability of illegal firearms, obtained by criminals in a variety of ways, is what is driving violence in our urban neighborhoods. For this defendant, his co-defendants, and far too many, the lives of other Rhode Islanders are effectively meaningless. For this defendant, and his co-defendants, disputes are to be settled in only one way: at the point of a gun,” said Attorney General Neronha. “Fortunately, in this case, no one was killed because of the defendant’s outrageous conduct, but the outcome could have easily been otherwise. In any event, as with his cohorts, off to state prison for him, to serve a long sentence derived from his own stupidity and recklessness. I am grateful for the jury’s verdict, and to the men and women of the North Providence Police Department for their outstanding work in this case and in so many others.”

During the trial, the State proved beyond a reasonable doubt that around midnight on September 13, 2020, the defendant, along with two co-defendants, shot and wounded two victims during a drive-by shooting in North Providence.

That evening, the defendant was the driver of a Chevrolet Equinox, carrying co-defendants, Tyler Smith and Skyler Poznanski, traveling on High Service Avenue in the vicinity of Fatima Hospital. The defendants fired upon three individuals from their SUV, wounding two, before driving away.

“The North Providence Police Department works tirelessly to protect our community, keep our streets safe, and bring justice to those who commit these senseless and violent crimes,” said North Providence Police Chief Alfredo Ruggiero, Jr. “I applaud the work of the men and women of our department for their work investigating this case, and the Office of the Attorney General as our partner in seeking justice for victims.”

Special Assistant Attorneys General Daniel Hopkins and Michael Marinelli of the Office of the Attorney General and Detectives Matt Phelan and Chris Cote of North Providence Police Department led the investigation and prosecution of the case.