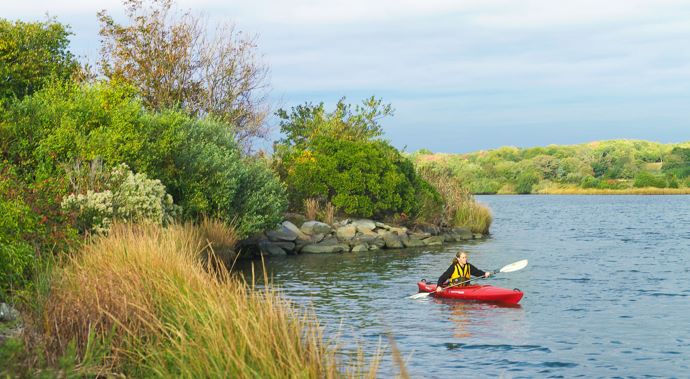 PROVIDENCE, RI — In an effort to support the state’s conservation priorities for fish and wildlife species, U.S. Senator Jack Reed today announced that Rhode Island will receive a $561,784 State Wildlife Grant (SWG) from the U.S. Fish and Wildlife Service. This new federal funding will be used to protect and preserve natural habitats supporting rare and unique species.

According to the Rhode Island Department of Environmental Management (DEM), which will administer the federal funding, Rhode Island is home to almost 900 vertebrate and an estimated 20,000 invertebrate wildlife species that range from the scenic coastline to upland and wetland forests.

“I’m pleased to help deliver these conservation action dollars for the state.  Preserving Rhode Island’s habitat and wildlife is critical to our environment, economy, and quality of life,” said Senator Reed. “The state has identified its conservation needs and these federal dollars will help ensure it has the resources to preserve open spaces and protect endangered fish and wildlife species and their habitats.”

DEM developed a comprehensive Wildlife Action Plan (WAP).  The WAP identifies the state’s Species of Greatest Conservation Need and key habitats, and assesses the condition of and threats to both, along with conservation measures designed to ensure their long-term survival.  The state’s WAP notes: “Even though it is the smallest and the second-most densely populated state in the U.S., Rhode Island’s wildlife is remarkably diverse. It includes thousands of resident and migratory species of mammals, birds, fish, reptiles and amphibians, beetles, butterflies and moths, and other insects, freshwater mollusks, annelids, crustaceans, and other marine invertebrates.  From the western highlands to the coastlines and the adjoining ocean waters, the state supports a broad spectrum of biodiversity, ranging from the rarest and most endangered species to the most common and abundant.”

Federal SWG funds may be used to address a variety of local conservation needs, such as research, wildlife surveys, species and habitat management, and monitoring in Rhode Island.  These funds may also be used to update, revise or modify Rhode Island’s WAP.

DEM partnered with the Rhode Island chapter of The Nature Conservancy and the University of Rhode Island to update its Wildlife Action Plan in 2015.