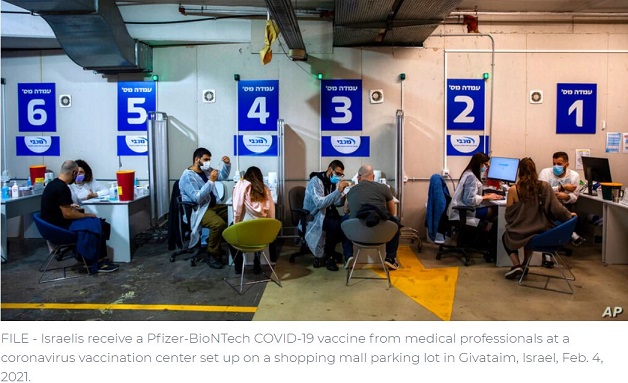 Is it better to give more people partial protection from COVID-19, or maximum protection to fewer people?

As limited supplies of vaccines begin rolling out in parts of the world, some experts are suggesting authorities go against the recommended vaccine schedule. Rather than giving two shots spaced three or four weeks apart, they say it would be better to delay the second shot and instead focus on giving as many people their first shots as possible.

With an out-of-control pandemic, they say, some protection is better than nothing.

And new data suggest that the vaccines work pretty well after one shot.

Many experts don’t like the idea, however. Big questions remain about how long protection lasts after the first shot and whether one shot is enough to protect against emerging variants.

Experts agree that everyone needs a second shot to get the highest level and longest-lasting protection. The question is how soon after the first. The longer the second shot can wait, the more people can potentially get the first.

The British government Monday released figures showing that the Pfizer-BioNTech vaccine was 72% effective against infection after one dose. It reduced the risk of hospitalization and death by 75%. In those older than 80, the shot cut the risk of death by more than half.

It is welcome news for the British government, which decided to postpone second shots for up to 12 weeks when a new, highly contagious variant drove up COVID-19 cases late last year.

“[P]rioritizing the first doses of vaccine for as many people as possible on the priority list will protect the greatest number of at-risk people overall in the shortest possible time,” Britain’s chief medical officers said in a statement announcing the policy December 30.

This approach “will have the greatest impact on reducing mortality, severe disease and hospitalizations, and in protecting the NHS (National Health Service) and equivalent health services,” they said.

The British Society for Immunology backed the government’s decision, saying that a longer wait between shots would not make the second one less effective.

“Most immunologists would agree that delaying a second ‘booster’ dose of a protein antigen vaccine … by eight weeks would be unlikely to have a negative effect,” the group said in a statement.

One big concern, however, is how long protection from one dose lasts.

“Although the numbers [from] a single dose do look interesting, the one thing we don’t know is how durable it is,” chief U.S. infectious disease expert Anthony Fauci said in a briefing Friday.

Since the virus is so new and the vaccines are even newer, scientists just don’t have much evidence to go on.

But some researchers say they know enough, based on what they have learned from other vaccines.

“Once you get good protection, it doesn’t suddenly disappear. It gradually wanes over time,” said Danuta Skowronski, epidemiology lead for influenza and respiratory diseases at the British Columbia Center for Disease Control. “You have the time to make those decisions about the second dose.”

“What you don’t have time for is waffling on giving the first dose of vaccine while so many people are dying,” she added.

The second shot not only generates a longer-lasting immune response, however. It also ratchets up the strength of the response.

That may be especially important with new variants circulating.

All the current vaccines are less effective against these variants. But they still seem to prevent the most serious COVID-19 cases, hospitalizations and death.

“You want enough of a … response that even if you diminish it, you don’t diminish it so much to get out of the realm of protection,” Fauci said.

But scientists do not know what that level is.

It is also possible that people with less-than-complete protection can help breed tougher variants that undermine the vaccines.

However, some note, the virus mutates the more it spreads, and even partial protection will slow that spread.

The variants that have emerged already “arose before any vaccine was there at all,” noted Harvard University epidemiologist William Hanage.

Biologists who study viral evolution are “generally comparatively relaxed” about the threat of undervaccinated people breeding variants, Hanage said. “I don’t think that there’s any particular reason to think that a delay is going to produce more vaccine escape variants.”