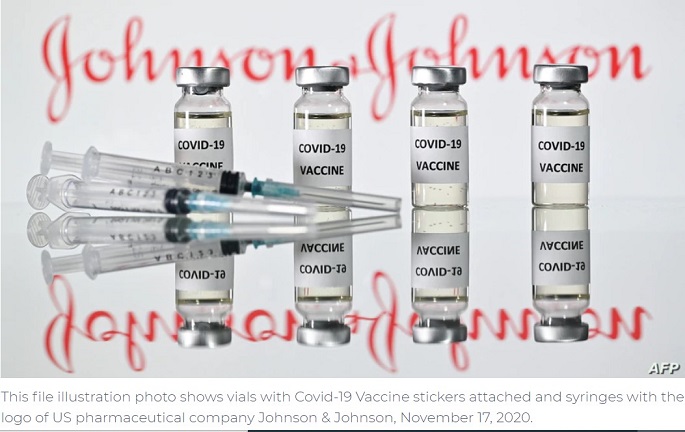 The U.S. government has determined that a one-shot COVID-19 vaccine developed by Johnson & Johnson is safe and offers partial protection against the disease.

In an analysis released Wednesday, the U.S. Food and Drug Administration said the vaccine was about 66% effective during global trials in preventing moderate to severe cases of COVID-19, the disease caused by the coronavirus.

The American company said last month that nearly 44,000 people participated in the trial. Its effectiveness was between 66% and 72% in the United States, 57% in Latin America and in South Africa, where a new variant of the virus has spread.

Although the vaccine’s effectiveness appears less robust than Moderna’s and Pfizer’s, the results pave the way for final government approval for emergency use of a third vaccine that is easier to administer.

The FDA analysis also said the Johnson & Johnson vaccine could help accelerate vaccinations because, unlike the Moderna and Pfizer vaccines, two doses are not required.

An FDA panel of independent experts meet on Friday to decide whether to approve the vaccine. The FDA then weighs whether to authorize it, as it did before approving the Pfizer and Moderna vaccines. A final decision is expected within days.

The addition of a third vaccine to combat the coronavirus pandemic could provide a boost to vaccination drives throughout the U.S. that have been slowed by inclement weather and other logistical issues, as the COVID-19 death toll topped 500,000 earlier this week.

Even if the FDA grants final approval for the Johnson & Johnson product, U.S. vaccine supplies are not expected to increase significantly in the immediate future. Only a few million doses are expected to be ready for shipping in the first week after approval.

The company told Congress earlier this week it hopes to provide 20 million doses by the end of next month and 100 million by summer.

So far, around 45 million Americans have received one dose of the previously approved vaccines, and nearly 20 million have received the second dose for full protection.

The World Health Organization and European countries are also considering the vaccine from the American health care company that plans to produce about 500 million doses worldwide by the end of the year.