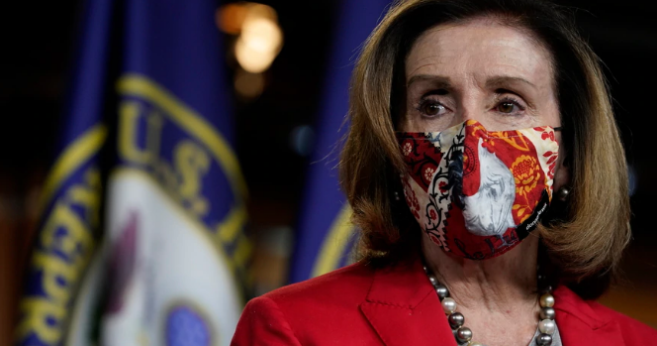 Representative Nancy Pelosi was elected speaker of the U.S. House of Representatives Sunday for her fourth term, with a narrower Democratic majority in the chamber and challenges ahead.

The Democrat from California surpassed the necessary majority of votes Sunday afternoon, with two Democrats voting for other candidates and three more voting present.

Democrats hold a narrow majority in the U.S. House of Representatives in the new 117th Congress, with 222 Democrats and 211 Republicans. A few members were unable to vote because they had tested positive for the coronavirus or had other health problems.

For the first time since May, lawmakers had to be present for the vote instead of using a proxy system set up amid the pandemic. The vote lasted several hours as lawmakers were brought into the hall in small groups to avoid large crowd numbers.

The new Congress faces several challenges, among them defeating the pandemic that so far has cost more than 350,000 U.S. lives, and reviving the U.S. economy.

The 80-year-old Pelosi has indicated that after this two-year period she will not seek another term as speaker of the House, in accordance with a deal made with Democrats in 2018 who wanted her to step aside as speaker then.

Pelosi did not face a challenger this term.