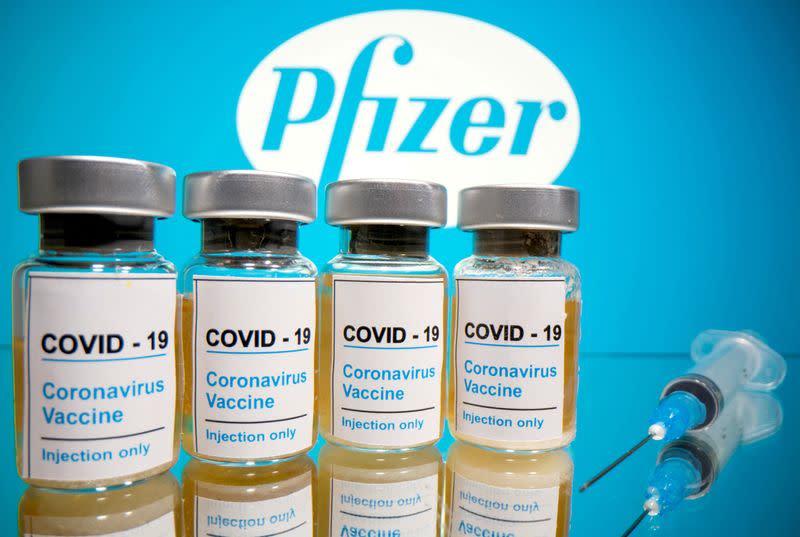 U.S.-based pharmaceutical giant Pfizer and its German partner, BioNTech, announced Tuesday they have begun a clinical trial of a new version of their COVID-19 vaccine specifically designed to protect against the omicron variant of the coronavirus.

The companies said in a joint statement that it will test the new vaccine as both a primary and booster dose in more than 1,400 healthy adult volunteers between the ages of 18 and 55.

Researchers will separate the volunteers into three groups. The first group, which has received the initial two doses of the current vaccine, will get one or two doses of the new omicron-specific vaccine. The second group of volunteers, who have received the first two doses plus a booster of the original, will get one dose of either the current version or the revised version, while the third group will be composed of unvaccinated adults who will be inoculated with three doses of the omicron-specific vaccine.

The clinical trial of Pfizer’s omicron-specific vaccine comes amid the release of a new study that suggests antibodies produced by a third dose of the original shot still provide robust protection four months after the final shot. The findings, part of a laboratory study conducted by scientists at the University of Texas Medical Branch in collaboration with scientists at Pfizer and BioNTech, was posted online Saturday and have not been peer-reviewed or published in a formal scientific journal.

Use of 2 antibody treatments halted

In a related matter, the U.S. Food and Drug Administration announced Monday that it is halting the use of two coronavirus antibody treatments because of their ineffectiveness against omicron. The federal drug regulation agency said it is limiting the emergency use authorization granted in connection with the treatments developed by drugmakers Regeneron and Eli Lilly.

The decision to pull the two treatments leaves doctors and hospitals in the United States with just a single antibody treatment developed by U.S. drugmaker GlaxoSmithKline and its partner, Vir Biotechnology, along with antiviral pills developed by Pfizer and U.S. pharmaceutical giant Merck — all of which are in short supply across the nation and very difficult to find.

Meanwhile, scientists around the world are keeping a watchful eye on a new version of the omicron variant of the coronavirus that has now been detected in more than 40 countries.

The new strain, which has been dubbed BA.2, has been detected in Britain, Denmark, India, Norway, Singapore, Sweden and the United States this month alone. Health officials in Denmark say the BA.2 version has displaced the original omicron version, dubbed BA.1, and now accounts for almost half of all new infections in the country, while Britain’s Health Security Agency has classified BA.2 as “a variant under investigation.”

The online database Outbreak.info says BA.2 has been detected in 49 countries, according to genomic testing information compiled in a central database called the Global Initiative on Sharing Avian Influenza Data, or GISAID.

Researchers have nicknamed BA.2 a “stealth omicron” because its genetic traits make it more difficult to identify through PCR tests. But so far, there is not enough data to determine if the new version is more transmissible and more virulent than its highly-contagious parent.

Some information for this report came from Agence France-Presse.