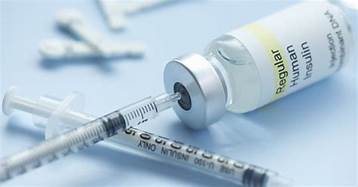 EAST PROVIDENCE, RI — As a part of their continued effort to lower out-of-pocket prescription drug costs for Rhode Island seniors and families, U.S. Senators Jack Reed and Sheldon Whitehouse today visited the East Providence Senior Center to outline plans to deliver price relief to consumers who depend on life-saving medications. 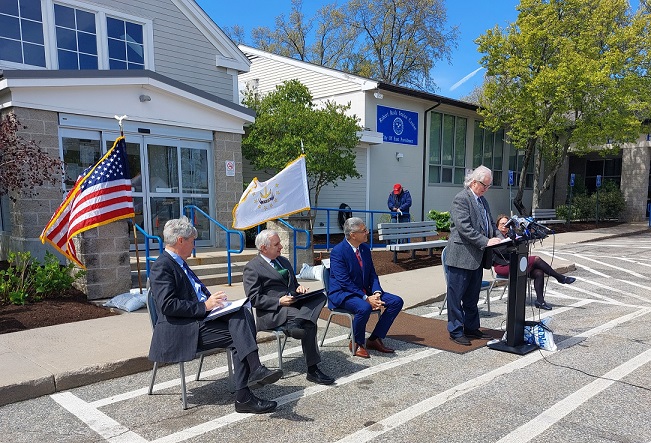 Reed and Whitehouse are calling for the U.S. Senate to vote on their proposals to bring down costs for consumers, hold large pharmaceutical companies accountable for high prices, and increase transparency in the health marketplace.

“We can’t let the cost of prescription drugs continue to be a barrier to good health.  For too long the pharmaceutical industry has overcharged Americans and dictated sky-high prices for life-saving prescription drugs that people rely on,” said Senator Reed.  “The federal government must take needed steps – including capping out-of-pocket insulin costs and granting Medicare the authority to negotiate prescription drug prices – in order to put more money back into the pockets of hardworking American families, seniors, and businesses.  We have put forth a series of measures that will hold drug companies accountable for skyrocketing drug prices and lower the cost of health care for everyone.”

“Pharmaceutical companies are hiking insulin prices just because they know people with diabetes will go to lengths to find a way to pay for the lifesaving drug.  The current trajectory is not sustainable for seniors living on fixed incomes,” said Senator Whitehouse.  “We can fix this once and for all by capping out-of-pocket monthly insulin costs at $35.  While we’re at it, we need to get seniors the best possible drug prices across the board by enabling Medicare to negotiate with pharmaceutical manufacturers.”

Reed and Whitehouse are cosponsors of the Affordable Insulin Now Act (S. 3700), which would cap insulin costs at $35 a month and applies to both Medicare and private plans, helping ensure Rhode Islanders living with diabetes can afford insulin.

According to the American Diabetes Association, nearly 93,000 Rhode Islanders have been diagnosed with diabetes and an additional 23,000 Rhode Islanders  are living with undiagnosed diabetes. For people with diabetes, their medical expenses are approximately 2.3 times higher than people without diabetes, with many families paying hundreds of dollars every month for life-sustaining insulin medications.

The Health Care Costs Institute notes that insulin prices nearly doubled from 2012 to 2016, with the average price for a 40-day supply of insulin increasing from $344 to $666 during that span. According to the U.S. Centers for Disease Control and Prevention (CDC), medical costs and lost work and wages for people with diagnosed diabetes total $327 billion yearly, and the American Diabetes Association has asserted that diabetics account for $1 of every $4 spent on health care in the U.S.  At the same time, a 2021 bipartisan staff report from the Senate Finance Committee found that “[insulin] manufacturers are retaining more revenue from insulin than in the 2000s,” and that “the amount of revenue pharmaceutical manufacturers are retaining from insulin has risen.”

Indeed, the sale of insulin is one example of how drug companies are gaming the system, charging inflated prices, and putting profits over people.

Insulin is not a novel or new treatment that drug companies have invested millions of dollars in discovering.  Scientists developed it in 1923, almost one hundred years ago.  And the scientists who created insulin sold the patent for $1 in an attempt to make the drug widely available.

The major recent price spikes are purely for the profit of executives and shareholders, not recouping capital investments in research and development.

Reed and Whitehouse have also teamed up on a slate of key bills this year that would make expensive prescription medications more affordable for Rhode Island families, including: