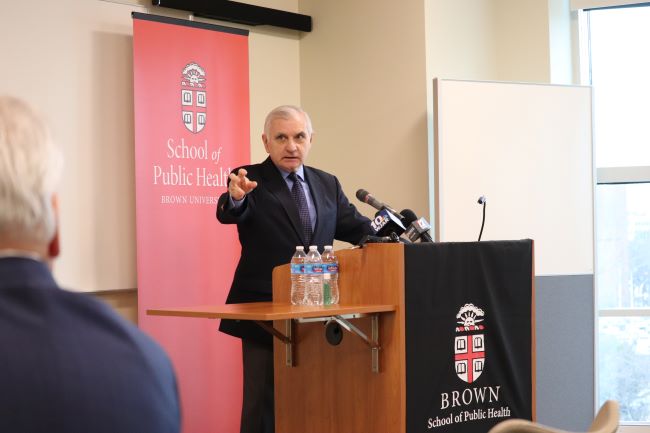 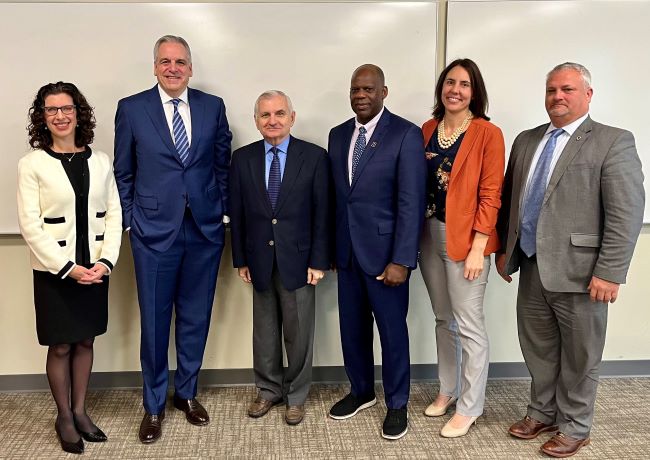 PROVIDENCE, RI — In 2010, federal data reported 21,089 overdose deaths nationwide.  Just over a decade later, the total has increased about five times higher to over 107,000 Americans a year killed by drug overdoses.

The U.S. Centers for Disease Control and Prevention attributes about three quarters of the overdose deaths to opioids, and largely attributes the soaring total to the increase of fentanyl, an especially potent and addictive synthetic opioid.

During the discussion, Brown researchers pointed out that a drug used to put animals to sleep is being linked to deadly overdoses in Rhode Island and other states.  New research from the Brown University School of Public Health’s testRI (Toxicological and Ethnographic Drug Surveillance Testing in Rhode Island) found 44 percent of its samples tested contained xylazine — commonly known by the street names “tranq” or “tranq dope.” It’s an animal tranquilizer most often used in horses and cattle, and it’s being mixed into street drugs.

testRI’s preliminary results, published in December, covered 90 different samples to analyze Rhode Island’s local drug supply.  The study also found high amounts of illicit fentanyl in many of the samples, showing more signs of concern for those who use stimulants like crystal meth and cocaine.

As illicit drug manufacturers and traffickers develop evolving methods to flood communities with poison, Senator Reed says the federal government needs to step up and evolve its response, education, outreach, and enforcement strategies.

Reed, the Chairman of the Senate Armed Services Committee and a senior member of the Appropriations Committee, helped include several provisions in the newly signed 2023 National Defense Authorization Act (NDAA) an omnibus appropriations law to keep fentanyl off our streets, crack down on drug traffickers, and help prevent fentanyl-related overdoses.

“This is a crisis that is trending in the wrong direction and the federal government needs to step up and be a reliable partner,” said Senator Reed, noting a pair of provisions in the NDAA law designed to help crack down on fentanyl traffickers:

The Protecting America’s Borders Against Fentanyl Act, which requires that the U.S. Department of Homeland Security (DHS) work with other agencies to research additional technologies to target and detect illicit fentanyl, including the chemicals used to make it.  The provision also requires the Office of National Drug Control Policy to develop strategies to effectively evaluate region-specific goals to interdict drug trafficking.

Additionally, the omnibus appropriations law Reed supported will boost funding for the CDC to support community-based overdose prevention activities.  Overall, the law provides $4.9 billion to address opioid abuse, an increase of over $345 million above fiscal year 2022 levels. This funding includes: nearly $1.6 billion to states to address the opioid epidemic through the State Opioid Response Grant program; a $100 million increase for the Substance Abuse Prevention and Treatment Block Grant; $111 million for medication assisted treatment; $505 million for opioid overdose surveillance and prevention at CDC; and $80 million to address the needs of children affected by the opioid crisis.

The law also extends the emergency scheduling of fentanyl analogues through December 31, 2024.  This extension of the classification of fentanyl as a Schedule 1 substance enables law enforcement to prosecute criminals who make and distribute the drug.

“The Biden Administration is surging more resources to help combat the fentanyl crisis and prevent overdoses.  We’ve got to be smart and strategic.  We can’t just hand out naloxone kits and call it a day.  We’ve got to get at the root causes of this crisis, strengthen education, outreach, and enforcement, and go hard after the people who are profiting from poisoning our communities,” said Reed.

“Combatting the ongoing opioid epidemic requires a multi-faceted strategy across all branches and levels of government. We must target illegal distributors of dangerous drugs, including fentanyl, wherever they are. And we must provide the necessary resources to help those who suffer from substance abuse disorder,” said Attorney General Neronha. “Much work has been done in this area here in Rhode Island. We have aggressively targeted dealers in illegal drugs, and returned more than $250 million in cash and live-saving medicine to Rhode Island by holding opioid manufacturers and distributors accountable for their role in this crisis. I thank Senator Reed and the state’s federal delegation for their continued support in this important matter and so many others.”

According to the U.S. Centers for Disease Control and Prevention (CDC), illicitly manufactured fentanyl is available on the drug market in different forms, including liquid and powder.  Fentanyl is hard to detect as users can’t tell if a drug has fentanyl in it by smelling, tasting, or looking at it. If ingested, a tiny amount—as little as two grains of salt—is enough to kill someone.

The CDC reports that 107,375 people in the United States died of drug overdoses and drug poisonings in the 12-month period ending in January 2022, including 435 Rhode Island residents.  The CDC says about two-thirds of those deaths involved synthetic opioids like fentanyl.