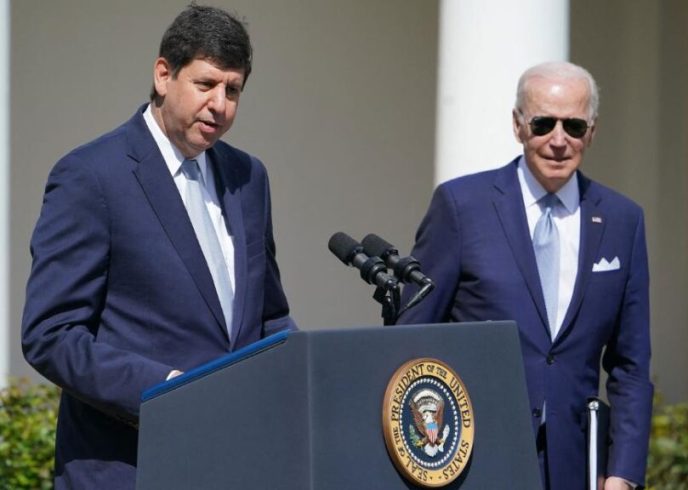 WASHINGTON, DC – In the wake of a series of deadly mass-shootings, U.S. Senator Jack Reed is urging the U.S. Senate to come together and do something that hasn’t been done in nearly a decade: confirm someone to lead the Bureau of Alcohol, Tobacco, Firearms and Explosives (ATF).

In April, President Joe Biden nominated Steven Dettelbach, a former U.S. attorney from northern Ohio to serve as Director of the ATF.  If confirmed, Dettelbach, who has earned widespread praise from law enforcement, would become only the second person confirmed by the U.S. Senate to lead the ATF, and the first since former ATF Director B. Todd Jones in 2013.

Over the course of his legal career, Dettelbach has worked with federal, state, and local law enforcement, and county prosecutors to put away violent criminals, including murderers, child predators, and human traffickers.

Today, Senator Reed, a senior member of the Appropriations Subcommittee on Commerce, Justice, Science, and Related Agencies (CJS), which oversees federal spending on the ATF, stated:

“The head of the ATF is a key public safety official and it is past time for the U.S. Senate to confirm a permanent director who can lead the agency at a critical time and help stem the tide of gun violence.  The gun lobby has slow-walked this process long enough.  It’s time for the Senate to move forward and vote.

“I will be voting to support Mr. Dettelbach’s nomination because he has the experience to lead the ATF and a proven track record of partnering with law enforcement to reduce gun violence while upholding the Second Amendment.

“The American people deserve to have someone leading the ATF who is accountable and committed to enforcing our gun laws.

“As communities nationwide are facing an increase in gun violence, Mr. Dettelbach can step into this role and provide meaningful leadership, oversight, and accountability.”

Now that he has had a confirmation hearing, the Senate Judiciary Committee must report Dettelbach out of committee before his nomination can come to the floor for a vote by the full U.S. Senate.