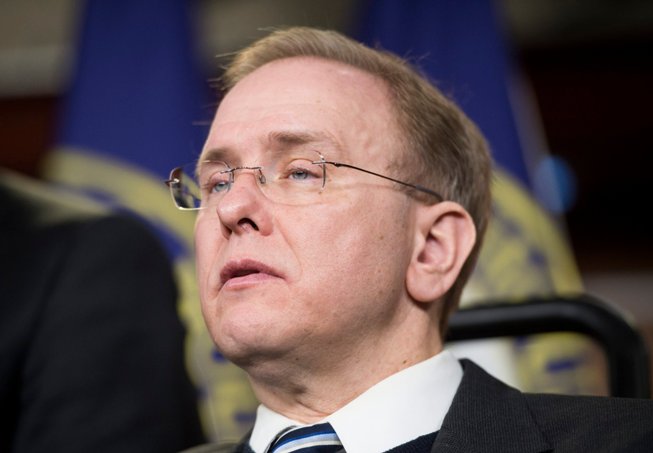 While the majority of gun dealers follow the law, a small number of delinquent gun dealers perpetuate the epidemic of gun violence by selling guns to straw purchasers, gun traffickers and other dangerous individuals; falsifying sales records; and selling guns “off the books.” In fact, five percent of gun dealers supply about 90 percent of all guns used in crimes. This bicameral legislation would ensure that guns do not end up in the wrong hands by authorizing more frequent inspections of gun dealers, increasing penalties for serious offenses, and strengthening the Department of Justice’s ability to enforce gun laws.

“When rogue gun dealers escape accountability for their illegal sales practices, like falsifying records or selling firearms without a background check, all Americans are put at risk. This legislation will give ATF the necessary resources to crack down on deadbeat gun dealers and redouble our efforts to keep deadly firearms out of the wrong hands,” said Representative Langevin. “It’s time we give law enforcement the tools they need to inspect and shut down gun dealers who refuse to follow the law. I thank Senator Markey for leading this legislation in the Senate, and I look forward to working with my House colleagues to pass this bill.”

“As we close out Gun Violence Prevention Month, our work to end the gun violence epidemic cannot stop here. Holding accountable gun dealers who engage in illegal sales practices is a key component of any strategy to reduce the senseless gun violence plaguing our communities,” said Senator Markey. “By increasing inspections and penalties, we can decrease the number of guns falling into the hands of those who should not have them. We need to strengthen accountability measures and equip federal authorities with the tools to enforce the law so that we may prevent further gun violence from taking innocent lives.”

Among other provisions, the Keeping Gun Dealers Honest Act would:

A copy of the legislation can be found HERE.

Last week, President Biden echoed the goals of the Keeping Gun Dealers Honest Act by calling upon Congress to increase funding for ATF and announcing that ATF will adopt a zero tolerance policy for gun dealers that willfully violate the law.

“When you combine this bill with the actions President Biden announced last week, rogue gun dealers are on notice: The days of the gun lobby undercutting law enforcement and stifling ATF are coming to an end. We applaud Representative Langevin and Senator Markey for introducing this important legislation to keep guns from falling into dangerous hands,” said John Feinblatt, President of Everytown for Gun Safety.

“As our nation looks to combat crime and record-breaking gun violence, it is clear that addressing the flow of firearms into our communities is of paramount concern. The Keeping Gun Dealers Honest Act does just that by unshackling the U.S. Bureau of Alcohol, Tobacco, Firearms and Explosives to allow them to properly inspect firearms dealers, while increasing the stringency of guidelines for dealers to help ensure they are incentivized to comply with the law. From state houses to the White House, leaders are looking for solutions to stop gun trafficking and address the supply of crime guns, and now Congress is too. Brady thanks Rep. Langevin for introducing and championing this common-sense fix to this pressing problem,” said Kris Brown, Brady President.