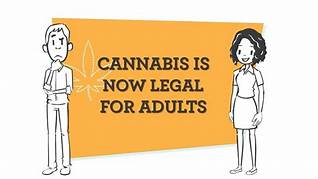 With Gov. Dan McKee’s signature on the Rhode Island Cannabis Act, adults can now legally possess and cultivate limited amounts of cannabis in the Ocean State; sales are expected to begin by December of this year

PROVIDENCE, RI — After successful votes in the state legislature yesterday, Gov. Dan McKee held a signing ceremony on the steps of the Rhode Island State House earlier today to officially adopt legislation that legalizes, regulates, and taxes cannabis in Rhode Island. The bill was sponsored by Rep. Scott Slater and Sen. Josh Miller who have introduced and championed a series of bills to legalize cannabis for adults in recent years.

With the governor’s signature, the law immediately legalizes possession of up to an ounce of cannabis and cultivation of up to three cannabis plants in a private residence for adults 21 and older. The bill also establishes a timeline to establish a legal cannabis market overseen by a new regulatory commission. Members will be appointed by the governor with input from leaders of the General Assembly. Existing medical cannabis establishments will be permitted to obtain hybrid adult-use licenses later this year, and sales are slated to begin in December.

The amended legislation is praised by local social justice organizations for its inclusion of a policy to automatically clear criminal records for misdemeanor and felony possession convictions over the next two years. Recent changes to the proposal also include the elimination of fees for medical cannabis patients.

Passage of the legislation represents the culmination of organizing and lobbying efforts led by MPP, which has worked with lawmakers and a broad coalition of advocates to build support for legalization in Rhode Island over the past several years.

“After years of persistent advocacy by organizations and supporters across the state, lawmakers have enacted a well-crafted cannabis legalization law that will create new opportunities for Rhode Islanders and begin the process of addressing decades of harm caused by prohibition. There is more work to be done to ensure that the full promise and potential of this legislation is achieved, but today is a day for us to celebrate and recognize that the hard work of organizing and educating eventually pays off. I’m grateful to the many volunteers, organizations, lawmakers, and government staff who put countless hours into making this a reality.”