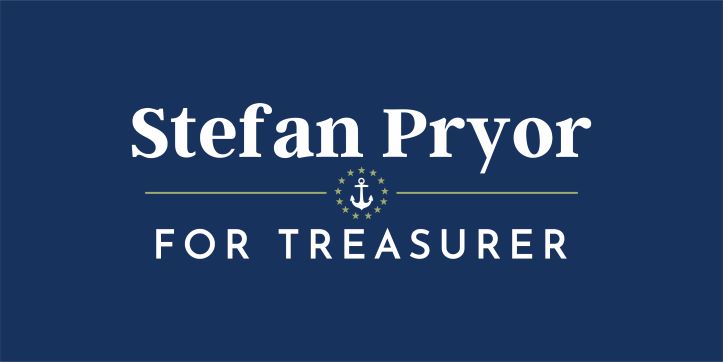 “Stefan is the public servant Rhode Island needs to responsibly manage our finances, protect our retirees, and strengthen our economy. He has the experience managing billions of public dollars under tough and trying conditions, and I know he will always keep a watchful eye on our state’s investments. I am proud to support his candidacy, and believe fully in his leadership as Rhode Island’s next Treasurer,” stated Newport Mayor Jeanne-Marie Napolitano. Pryor has also earned the endorsement of the Newport Democratic City Committee.

“I’m grateful and honored to receive the endorsement of so many Democratic elected officials from across our state,” said Stefan Pryor, Democratic Candidate for Rhode Island General Treasurer.  “Our local and state leaders have led their communities through economic twists and turns — including the pandemic-related downturn and the economic recovery that has followed. These leaders know what we need in our next Treasurer: a public sector professional who’s ready to guide Rhode Island through whatever  new economic challenges come our way — inflation, recession, or otherwise. Together we will position the Treasurer’s office as a guardian of the economy and catalyst for growth, continuing and deepening critical investments in our infrastructure, our public schools, and our small business community.”

The following Democratic leaders today announced their endorsement of Stefan Pryor to be Rhode Island’s next General Treasurer:

Prior to his service as Rhode Island’s Commerce Secretary, Stefan was the President of the Lower Manhattan Development Corporation, the public agency charged with coordinating the rebuilding of Lower Manhattan after September 11th. He also served as Deputy Mayor for Economic Development in Newark, NJ, and as Connecticut’s Education Commissioner.