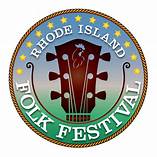 The Rhode Island Folk Festival is returning to Rose Larisa Park in East Providence, RI on Sunday August 28, 2022. The free music festival includes some of the finest folk, rock, acoustic and Americana acts in Rhode Island and beyond.

The 2022 festival features critically acclaimed artists like Jake Blount, Robin Lane, and The Fools. Local musicians including Mark Cutler, Julie Rhodes, Sidy Maiga, and Beauquet are also among over 50 acts who will be performing.

The festival features three stages of music, food trucks, and craft vendors. Formerly known as the Providence Folk Festival, RIFF is a project of Hear in RI, and is produced by RI singer-songwriter John Fuzek.

Board President, performer, and “Songbird Stage” host Allysen Callery is looking forward to celebrating some of the region’s best music.

“I am so excited that we can hold this awesome festival again this year. All of us are so thirsty for live music, and this day is always a highlight of the summer. So many musicians and friends coming together to make for a fun day of music in the sun!”

The Rhode Island Folk Festival remains free and accessible for all attendees. There is a Go Fund Me campaign in progress for those who would like to support the event. Follow this link:  https://www.gofundme.com/f/rhode-island-folk-festival.

Volunteers are needed on the day of the event. To volunteer, please contact Loraine at loveoftenlaughmuch715@gmail.com.

Featured performers for 2022 include:

Dan Lilly and the Keepers

Artists playing the “Emerging Songwriter’s Stage” to be announced.

About Hear in Rhode Island:

The organization’s primary goal is to produce free music festivals that promote folk singer-songwriters. Over the years, Hear in Rhode Island has served tens of thousands of people with high quality music from local and national artists.

One of the state’s hidden gems, Rose Larisa Park lies along Narragansett Bay in the Riverside section of East Providence. It is easily accessible from Route 195 with free parking nearby.