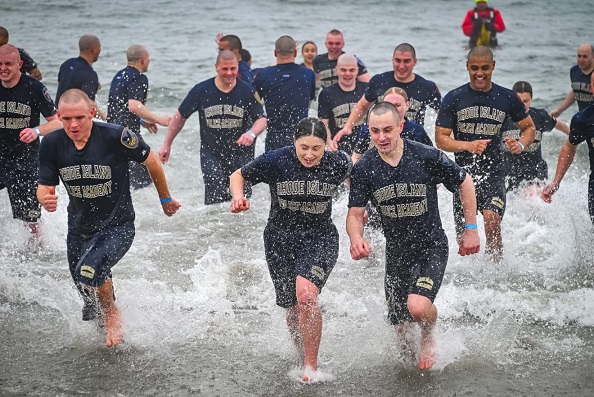 Each Academy graduating class must choose a charity to raise money for. This year’s class, Session #138, chose to work with Special Olympics Rhode Island, taking part in the organization’s Polar Plunge event on Saturday, March 19 at Roger Wheeler State Beach in Narragansett.

As part of the event, participants jumped into the cold water as a way to raise money. Session #138 participated as a unit, and between the 54 recruits they raised more than $21,000. All proceeds will go to the Special Olympics of Rhode Island.

“The Academy always strives to give back to the community and instill a passion for public service in recruits,” Rhode Island Municipal Police Training Academy Executive Director Lt. Christopher Zarrella said. “The graduating class did an amazing job raising money for the Special Olympics of Rhode Island.”

Session #138 will graduate in May.