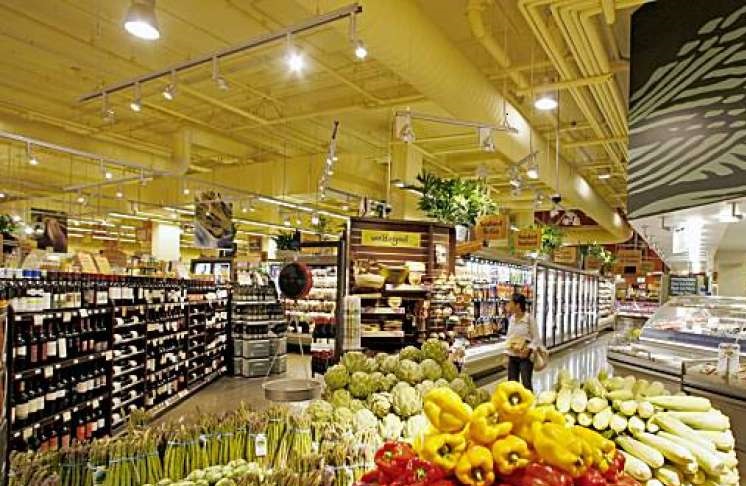 The current run of inflation in the U.S. economy is putting pressure on household finances nationwide. The second half of 2021 saw several consecutive months of higher than usual price increases, reaching an overall 6.8% rate of inflation from November 2020 to November 2021. Wages have also grown in recent months but not at a rate fast enough to keep up with inflation, which is squeezing families’ budgets in key spending categories like housing, energy, transportation, and food.

Groceries are among the areas where inflation has challenged household spending this year. According to recent data from the Bureau of Labor Statistics, food at home cost 6.4% more in 2021 than 2020, the highest year-over-year increase since the Great Recession. Prices for meat, poultry, fish, and eggs alone increased by 12.8% over that span.

Continued supply chain challenges are a primary driver of the recent price increases. Many suppliers and distributors have struggled with labor shortages and increased transportation costs, which has made it more challenging to get food products on grocery store shelves. Inconsistent supply has meant greater costs for stores and ultimately for consumers, and as current conditions persist into 2022, a scarcity of certain products could continue to push prices higher. 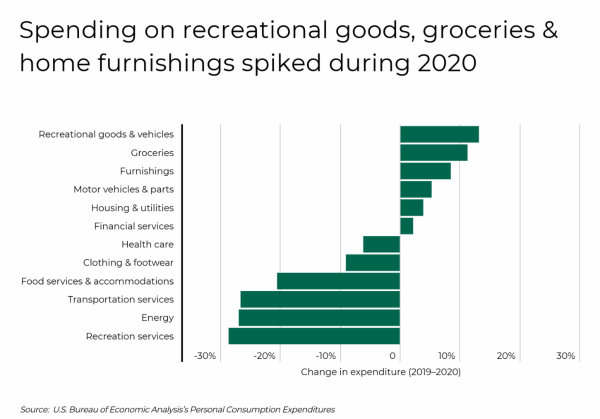 Inflation in the cost of groceries has been especially challenging for U.S. households because consumers have also been buying more groceries in general during the COVID-19 pandemic. With more establishments closed or operating at limited capacity due to the pandemic, consumers were more likely to eat at home. As a result, spending on groceries increased by 11.2% in 2020 while food services and accommodations saw a 20.5% drop. Because food is a necessity, households were unable to avoid this increase in spending, in contrast to other categories like transportation services and energy that have seen large price increases during the pandemic but also significant drops in consumer expenditures. 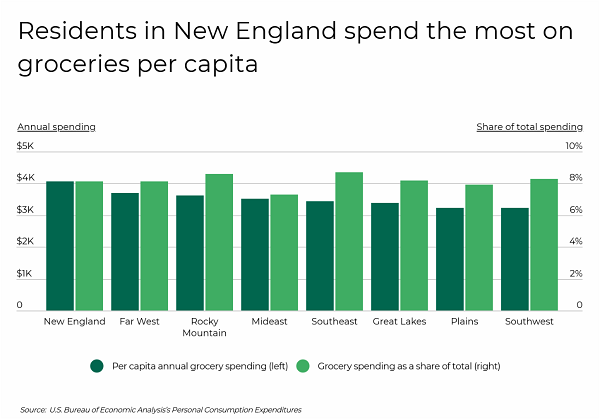 Spending on groceries does vary from location to location. Different regions may have greater costs for food supply and distribution, real estate, or labor that grocers pass on to consumers. In dollars per capita, residents of New England—which is not a major agricultural producer and has high costs—lead all regions in grocery spending at $4,061. But as a percentage of total consumer spending, the Southeast (8.7%), Rocky Mountain (8.6%), and Southwest (8.3%) have the highest levels of spending on groceries, which in part reflects lower incomes in these regions. Many of the states where residents spend the most on groceries are found in these regions as a result.

The analysis found that per capita annual grocery spending in Rhode Island amounts to $3,751, compared to the national average of $3,480. Rhode Island residents allocate 8.7% of all household spending on groceries. Here is a summary of the data for Rhode Island:

For reference, here are the statistics for the entire United States:

For more information, a detailed methodology, and complete results, you can find the original report on Filterbuy’s website: https://filterbuy.com/resources/cost-of-groceries-by-state/