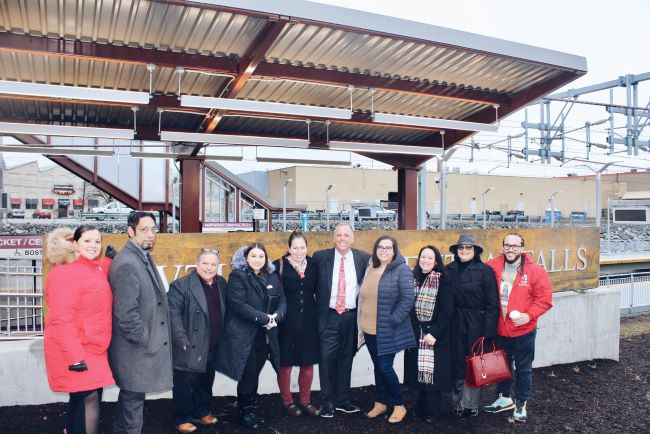 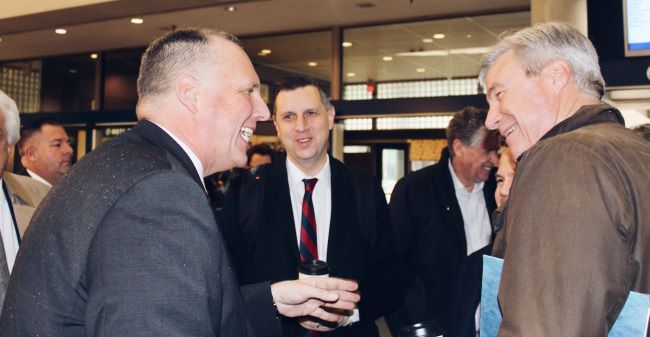 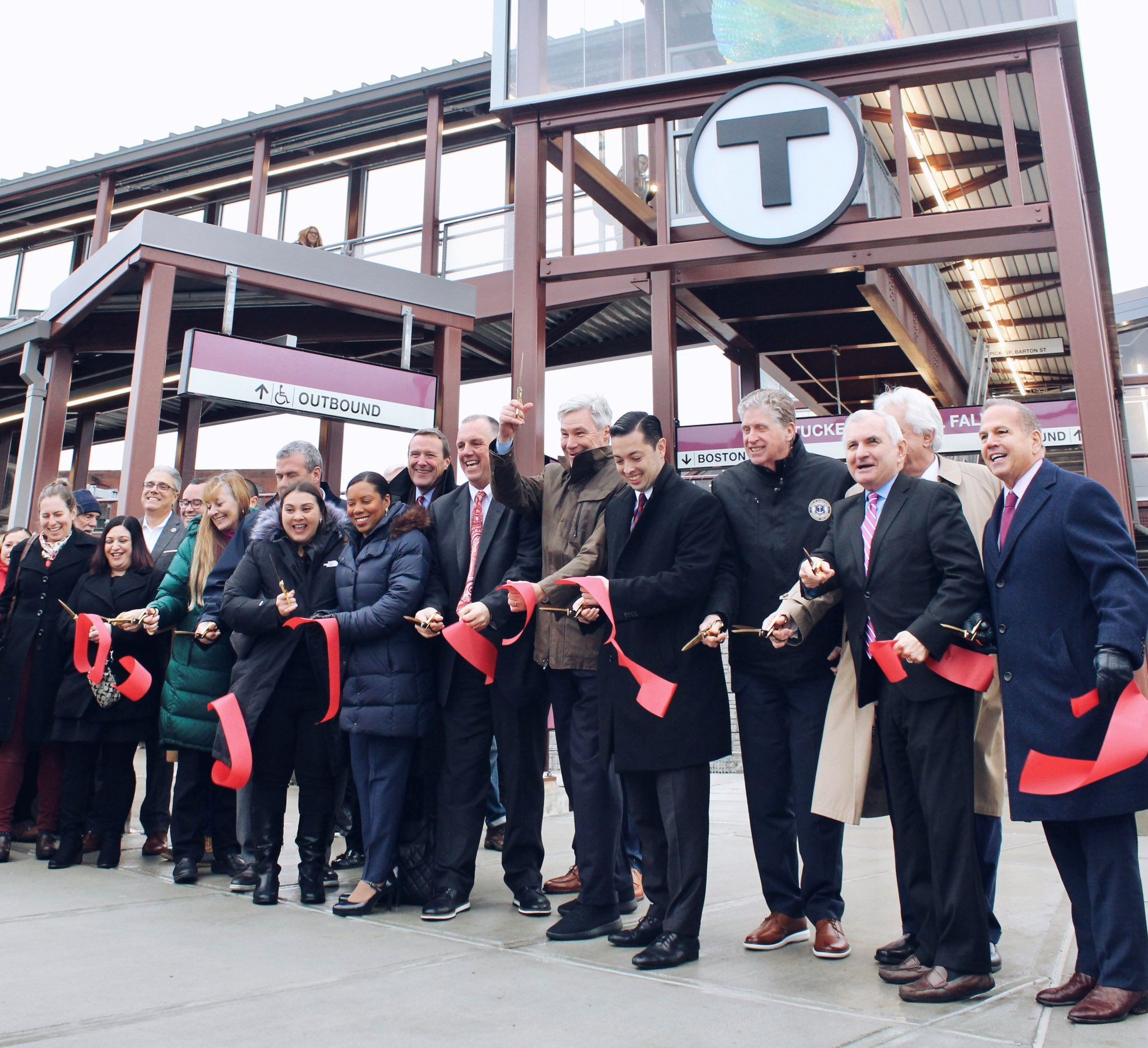 PHOTO: First Row: Mayor of Pawtucket Don Grebien and his wife Laureen  Second Row:  State Senator, Sandra Cano and RI General Treasurer and former Mayor of Central Falls, James Diossa
The Mayor and other dignitaries began the morning with a ceremonial train ride from the Providence Station to the new Pawtucket-Central Falls station stop. Following the six-minute ride, Director Alviti led the passengers on a short tour of the station and pedestrian bridge. 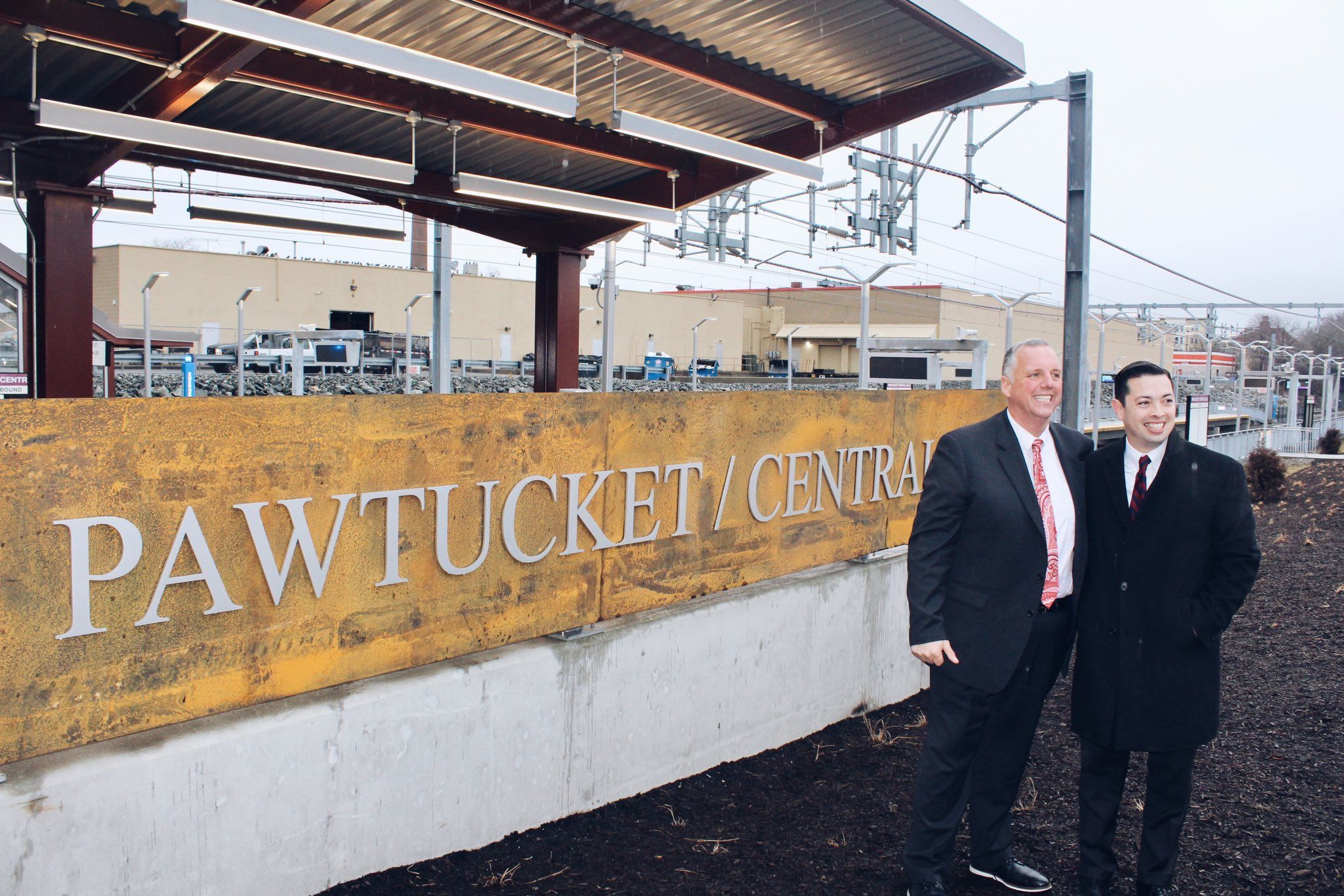 The ceremonies concluded with a ribbon cutting led by a short speaking program featuring the aforementioned dignitaries. Members of both the Pawtucket and Central Falls General Assembly delegation as well as city council and school committee members were in attendance in addition to other attendees.
Regular service of both the Providence-Stoughton Commuter Rail Line as well as RIPTA Lines R, 1,71,72,73,75,76,78,80, began this morning. There are currently 200 parking spots available at the station with an additional 200 anticipated to be available later this year.