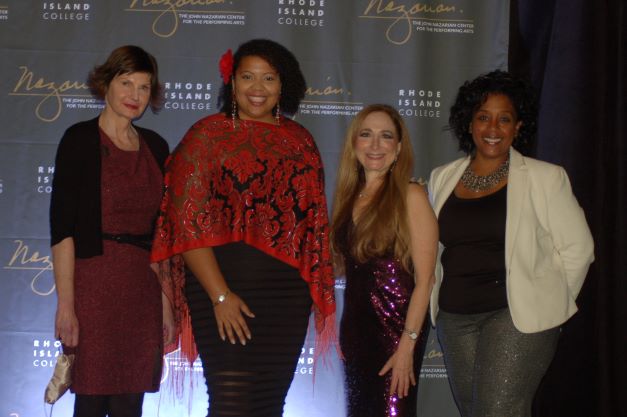 Providence, RI – Rhode Island College celebrates Women’s History Month with “Women of Note,” a film and concert event from RIC Artist-in-Residence Judith Lynn Stillman, on  Wednesday, March 16 from 12:30 to 2:30 p.m. The event includes an encore presentation of Stillman’s film “Women Trailblazers in Music” and live performances, both of which will take place at Sapinsley Hall at the Nazarian Center for the Performing Arts.

“Women Trailblazers in Music” spotlights diverse women composers spanning twelve centuries. The film, which premiered at Rhode Island College last November, features stories rarely heard and music not often played. It is a journey with tunes and tales by and about pioneering women composers who were all but expunged from history.

The concert, which follows the film screening, will feature two world premiere performances by guest artists Shani Collins and Valerie Tutson. Collins, a Bessie Award winning dancer and current visiting artist at the University of Ghana, will debut a newly choreographed dance to music by Melanie Bonis, an underrepresented woman composer who wrote during the late Romantic period. Tutson, director of Rhode Island Black Storytellers, will premiere a spoken word piece set to music composed by Stillman.

“These extraordinary women composers have been marginalized, repressed, and shamefully neglected, but should be household names,” says Stillman. “They were forced to remain in the shadows of men, but they were equally talented. Their innovative masterpieces are imaginative, passionate, and heartfelt, and they’re a joy to play.”

Stillman cites her inspiration to create the film as part of her ongoing dedication to giving voices to the voiceless. Previously, she has created projects addressing the Holocaust, the Armenian genocide, refugees, artists of color, and the climate crisis. She has been producing prolifically through the pandemic. Her quarantine opera, “Essential Business,” won first prize in the international OperaVision #OperaHarmony competition, and featured Metropolitan Opera star baritone Will Liverman. She was also named an Honored Artist of The American Prize as a pianist and composer and recently finished composing and performing the score for a short Hollywood film.

“It’s difficult to revamp earlier periods of music history, but we can shift the paradigm,” says Stillman. “By examining the past, we can hope to change the shape of the future. We need to shine a light on historical gender discrimination and existing problems as well. We’re making headway, but systemic challenges remain. I think the best way to effect change is through education.”

This event is free to attend, but pre-registration is required. Tickets are available at www.ric.edu. It will also be live streamed on Anchor TV at Rhode Island College and at the University of Ghana, and the stream will be made available to schools that wish to show it during classes.