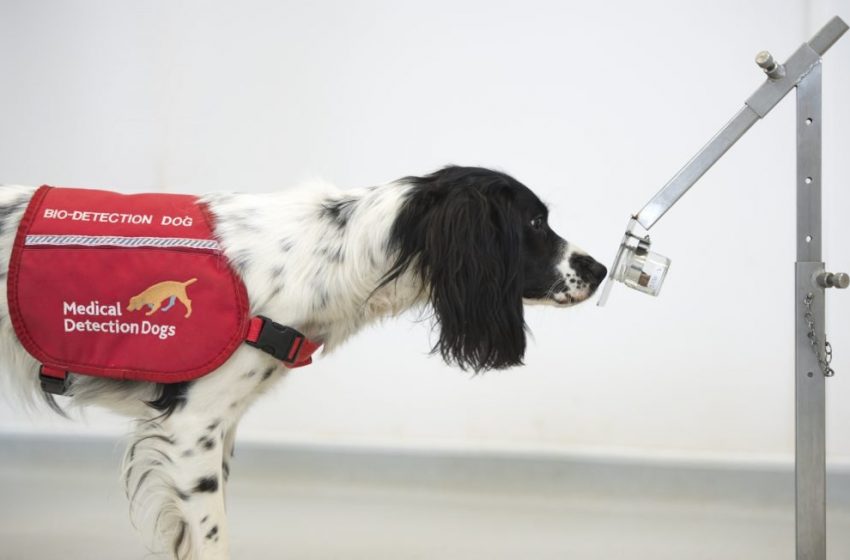 At a dog training center in Myakka City, Florida, Heather Junqueira, founder of BioScent, brings a four-year-old beagle, Noel, into a room with stainless-steel canisters, several containing samples of COVID-19.

Noel springs into action as she tries to find the ones with a smell that she knows will earn her praise and dog treats. It only takes Noel only a few seconds to figure out which ones contain gauze pads wiped with sweat or surgical masks worn by people infected with COVID.

BioScent, which trains medical detection dogs, was focusing on research with canines sniffing out certain cancers. But Junqueira switched gears last April after the coronavirus pandemic hit. “I realized the importance of this research,” she told VOA, “and how we might save a lot of lives.”

Junqueira discovered it is easier for her dogs to detect COVID-19 than cancer.  “The virus must have a much stronger odor, which is really the body’s response to the virus,” she said, which humans cannot smell.

Dogs have up to 300 million scent receptors as compared to about 6 million in humans. Hounds, including beagles like Noel, have famously sensitive snouts.

The results of her study have been “incredibly successful,” Junqueira said, with the dogs recognizing the COVID samples about 95 percent of the time.

This is in line with the high success rates of other studies worldwide that have been released so far, explained Tommy Dickey, professor emeritus at the University of California, Santa Barbara. He collaborated with Junquiera on an article that focused on using medical scent dogs to detect COVID-19 that was published in the Journal of the American Osteopathic Association in February.

Dickey pointed out “the most striking result is that studies have already demonstrated that dogs can identify people who are COVID-19 positive.” And “they can do it non-intrusively, more rapidly and with comparable or possibly better accuracy than our conventional detection tests,” he added.

For example, experiments by French and Lebanese researchers concluded that dogs could determine COVID on human sweat samples with high accuracy. And the same was true in Colombia, where trained scent dogs could detect the virus from respiratory secretions.

Most of the research dogs are doing a better job than the COVID rapid test by “hitting above 90 percent right now,” Junquiera said.

And that is true at some airports, where the dogs are being used in pilot projects to detect COVID.

In the United Arab Emirates, the Dubai airport is using specially trained police dogs to sniff COVID. A sweat sample is taken from arriving passengers, which is placed in a metal funnel for the dog to smell. If the virus is detected, then the passengers must take a nasal test.

At an airport in Helsinki, Norway, some arriving passengers volunteered to wipe their skin with cloth that was placed in a canister for the canines to smell. The dogs indicated the test was positive by yelping, pawing or lying down.

Aside from airports, collaborators Dickey and Janquiera said COVID scent-trained dogs could be useful in places like train stations, schools and hospitals, as well as at large public gatherings, including concerts and sporting events. Janquiera said she has already been approached by a sports team and casino in Florida about the possibility of utilizing her dogs in the future.