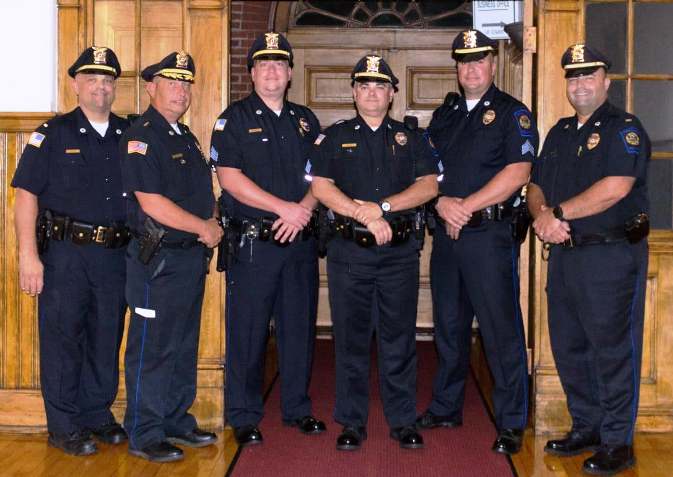 SWANSEA — Chief Marc Haslam is pleased to announce that three members of the Swansea Police Department were promoted during a ceremony last week.

On Tuesday, Sept. 28, Sgt. John Souza, Sgt. Keith Chomka and Sgt. Kyle Stone were each sworn into their new rank during a pinning ceremony at the Swansea Board of Selectman’s meeting.

In attendance were members of the Swansea Police Department’s Honor Guard including Patrolmen Charles Rowland and Zach Sousa and Det. Jon Boyd. Lt. Patrick Mooney and Lt. Joseph Martin were also present at the ceremony.

“I would like to extend my sincere congratulations to Sgt. Souza, Chomka and Stone on their well-deserved promotions,” Chief Haslam said. “Each one of these men exemplify what it means to go above and beyond their call of duty, and for that I thank them. Based on their previous work within the department, I am confident each will excel within their new position.”

Within the department, Sgt. Souza serves as the 8 a.m. to 4 p.m. shift patrol supervisor. He is also the Bicycle Unit supervisor, an accident reconstructionist and is a member of the Traffic Unit.

At the ceremony, Sgt. Souza was pinned by his wife Heather Souza. 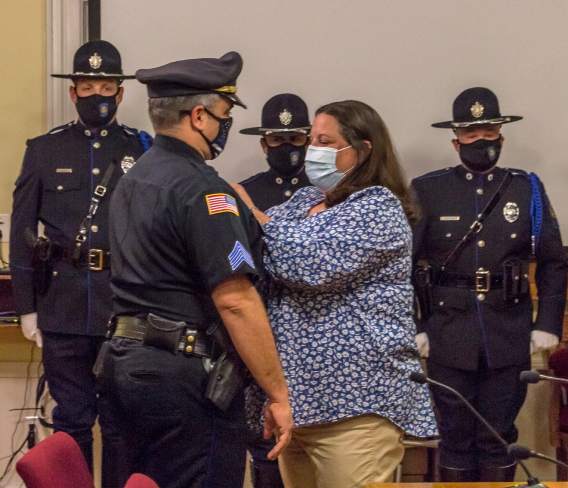 Sgt. Chomka serves as Swansea Police Department’s midnight to 8 a.m. shift patrol supervisor. He also serves as the department’s firearms licensing officer and car seat technician in addition to being a member of the Abuse Unit and Honor Guard.

Sgt. Chomka was pinned by his brother Patrolman Eric Chomka of the Groton, Connecticut Police Department. 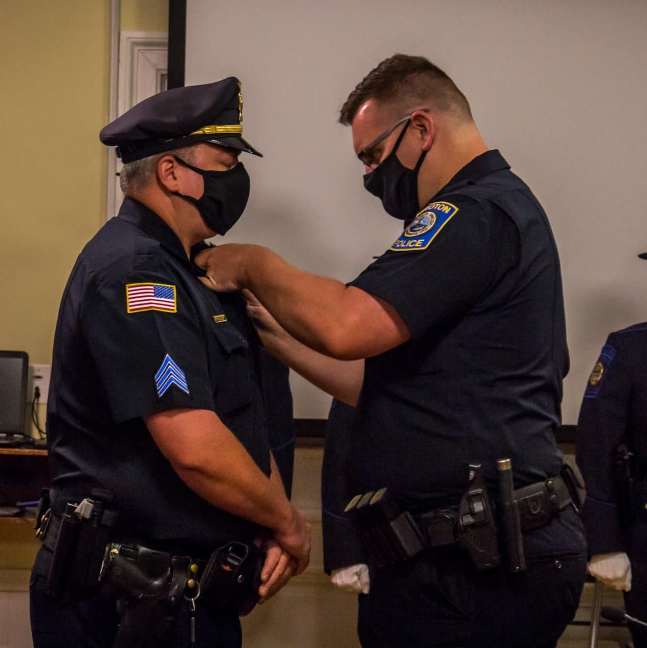 Sgt. Stone is the officer-in-charge for the midnight to 8 a.m. shift. He serves as a firearm and taser instructor for the department and is a member of the Traffic Unit. He also serves as an accident re-constructionist.

During the ceremony, Sgt. Stone was pinned by his girlfriend Melanie Tavares and his three children. 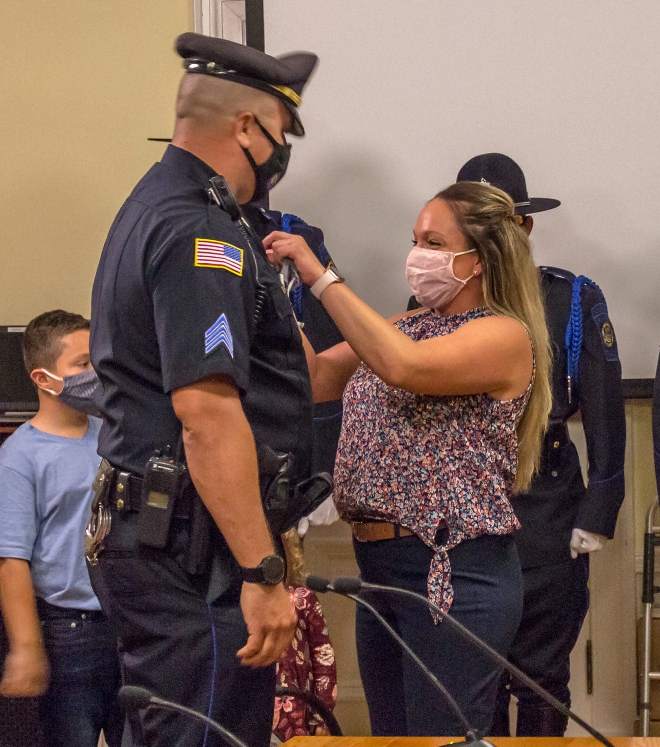