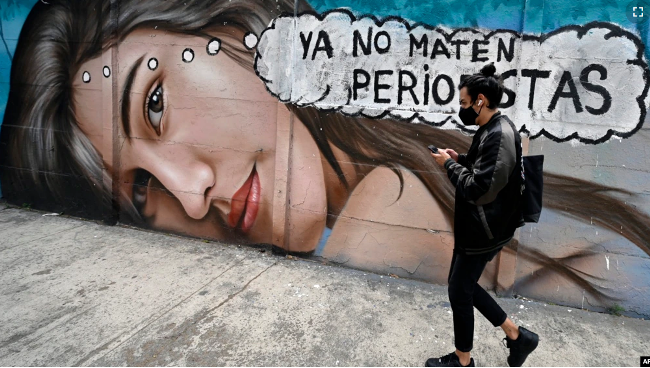 A journalist died on Monday after being shot inside his vehicle in southern Mexico, the Prosecutor’s Office reported. With his death, there are already 15 communicators who have been murdered in that country so far in 2022, considered the deadliest year for the Mexican press.

The journalist Fredid Román, who was director and owner of the newspaper La Realidad, which circulated for decades in the southern state of Guerrero, was murdered two months after his son Bladimir met the same fate.

Pedro Román, the victim’s nephew, attributes the murder to the Los Ardillos criminal gang. “It is understood that the retaliation is because Fredid, concerned about the insecurity of the Valley, [wanted] a state police or National Guard base to be established here in the Valley, which did not happen,” he said.

President Andrés Manuel López Obrador devoted 40 seconds of his daily conference to the murder of the reporter.

“We are already attending, it is an unfortunate case of the murder of this journalist. First my hug, my sadness for this crime, “said the Mexican president.

According to statistics from the Article 19 organization, the deadliest year for the press in Mexico was 2017, with 12 murders. The government insists that there have been arrests but only of material authors. Nothing is known about who ordered the murders.

The Public Ministry said in a statement that personnel from that unit and the Expert Services went to the place where the events occurred to start the investigations.

Local media reported that Román, who also worked as a columnist, was shot inside his vehicle in the city of Chilpancingo.

The representative in Mexico of the Committee to Protect Journalists (CPJ), Jan Albert Hootsen, said that the organization had already contacted the outlet where Román published his columns and that they informed him that they had no knowledge of previous threats.

The journalist was murdered hours after sending his last column, entitled “State crime without blaming the boss,” in which he addressed the report presented last week by the Undersecretary of the Interior and president of the Truth Commission in the Ayotzinapa case. , Alejandro Encinas, on the disappearance of 43 teaching students in the city of Iguala, state of Guerrero, eight years ago, and the arrest of former prosecutor Jesús Murillo Karam for the crimes of forced disappearance, torture and against the administration of justice.

“The only thing new is the new interpretation given to this tragedy; ‘State crime’ ”, Román said in his column.

“If it was a State crime, why did President [Andrés Manuel] López Obrador exonerate former President [Enrique] Peña Nieto this Monday morning? And it revealed that the Prosecutor’s Office does not contemplate any arrest warrant against Peña Nieto or against General Salvador Cienfuegos, political and military chiefs of Murillo Karam and of the 20 military commanders and troop personnel, respectively, ”he wrote.

The murder of Román occurs a few days after the murder of independent journalist Juan Arjón López, who was found dead on August 16 on a highway in the border municipality of San Luis Río Colorado, in the northern state of Sonora. Arjón López had been reported missing since August 9.

According to the autopsy, Arjón López died as a result of a “cranioencephalic trauma due to a contusive blow,” the Sonora Public Ministry reported in a statement.

[With information from The Associated Press]