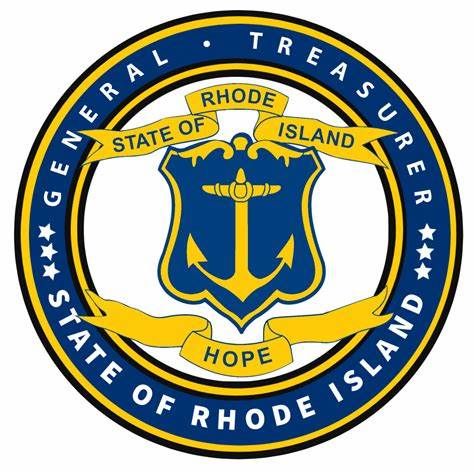 Providence, RI – Rhode Island General Treasurer James A. Diossa joined 10 state treasurers and two comptrollers in sending a letter to House Speaker Kevin McCarthy, urging him to lead his colleagues in the House of Representatives to take swift action to increase the debt limit and uphold their duty of protecting America’s financial security and Americans’ financial futures.

The co-authors outline the severe consequences for the states and municipalities they serve, the U.S. economy, and the livelihood of all Americans, as well as the serious risk to America’s national security if the House fails to increase the debt limit in a timely manner.

The letter to Speaker McCarthy below:

Speaker of the House

As fiscal stewards of 12 American states and New York City, we are writing to express our grave concern about the failure of the House of Representatives to cooperate in increasing the debt limit of our country in a timely manner.

As the leader of the House of Representatives, we request that you lead your colleagues to honor your collective constitutional duties.

We respect and acknowledge your position that there are reasonable debates to have about the expenditures of the federal government. However, you and your colleagues have taken an oath to honor the Constitution and we do not believe it is possible to faithfully honor that oath while also demanding a debate at the precise moment at which America’s financial reputation and national security are in peril. We further assert that this oath to defend the Constitution against foreign enemies obligates you and your colleagues to put America’s national security interests before partisan differences when it comes to protecting America’s reputation of creditworthiness.

Every moment that the House of Representatives stands in the way of the federal government working as a team to defend its financial reputation is a breach of the constitutionally mandated duty to protect America’s and Americans’ financial future.

We are concerned that the United States Government will be forced to default on its debt which would have severe consequences for the states and municipalities we serve, the U.S. economy and the day-to-day lives of the American people.

We are hopeful that you understand that the failure of the United States to honor its debt would have a devastating impact on the economy and financial markets. Interest rates would skyrocket for individuals and businesses.

Businesses would also face an increased cost of borrowing, and that would reduce economic growth and hinder innovation.  Unemployment would significantly increase. The value of portfolios invested across asset classes would decrease significantly. This would include damage to Americans’ pension funds, 401(k)s and other retirement and educational savings vehicles. In 2011, brinkmanship over the debt limit led to a 17% decline in the S&P 500 index. There is no reason to expect that your current brinkmanship would lead to a different result for businesses and thus for Americans’ portfolios that are invested in those businesses.

In addition, America’s status as the world’s reserve currency would be at risk. If other countries react to America’s failure to raise the debt limit by trading their U.S. Dollar reserves for the currencies of countries where policymakers are more committed to repaying their debts, the consequences for the United States would be catastrophic. The cost of every imported good from electronics to clothing would increase and the balance of power between the United States, China, and Russia on the geopolitical stage would be altered drastically.

In simpler terms, putting the creditworthiness of our republic at risk serves the interests of America’s rivals on the world stage at precisely the wrong moment.

Defaulting on our debt would also make it more expensive for states and municipalities to borrow money for the school buildings where America’s kids learn, the roads that Americans trust to get themselves to work, the facilities that Americans depend on to purify the water that they and their families drink, resulting in less money available for other critical services and hampering states’ ability to fully realize the promise of the infrastructure legislation that the House of Representatives recently passed.

We urge you to take immediate action to increase the debt limit and to prevent the catastrophic consequences that would result from a default on our national debt. We respect your desire for a debate about federal government expenditures, but we disagree that this is an appropriate time for such a debate. We urge you to honor your duty as outlined in the Constitution and act immediately to ensure the validity of the public debt and thus our national security and prosperity.