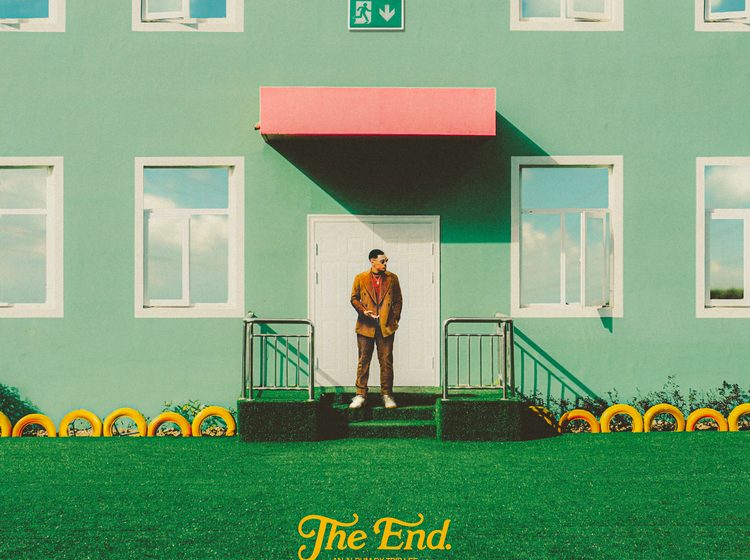 On Friday, March 4th, the award winning artist, pastor, author, and founding member of the 116 Movement, released his seventh album, THE END along with a new single and video for “Right Out The Gate.” The energetic “Right Out The Gate,” finds Trip coming right out the gate and back to doing what I always wanted to do which is making dope music, challenging world views, and pointing people towards the truth!

From the creative singles and album artwork designed by Kevin Hackett to a dramatic trailer directed by Nathan “Dust” Corrona which displays Trip’s acting chops, the roll out has been conceptually and visually engaging. In 2021, Trip Lee surprised 116 fans with a new song, “You Got It,” a single released on the Reach Records Presents Summer ’21 Playlist. He followed quickly behind with “Supernatural,” a warm-up song for The End and then dropped an anthem with “Stone,” produced by Mashell and Juice Bangers along with a music video for the song directed by Dustbrandfilms.
Check out the new “Right Out The Gate” music video and the trailer below of Trip Lee having a conversation with four versions of himself! Don’t forget to order, The End. Click here to order.
Every ending is a new beginning, and The End is only the beginning of Trip Lee’s rebirth as a true musician, musical messenger of God, and a new day for those longing for a new take on the eternal message of hope in Jesus Christ. Follow Trip Lee on IG @TripLee116 and Twitter @TripLee.
About Trip Lee
An award-winning author, pastor, and artist, Trip Lee has released several chart-topping albums since his debut in 2006. He began rapping at the age of 12 and his storied career began after a mutual friend introduced him to Lecrae and Tedashii. A friendship developed and he signed with Reach Records while he was still in high school. His first Reach Records album, If Only They Knew, was released a few days after his high school graduation. His second album, 20/20 (2008), broke into Billboard’s Top 200 Charts, nearly reaching the Top 10 on Billboard’s Christian Album Chart. His fourth album, Rise, rose to the top of charts, debuting at #2 on the Billboard’s Rap Chart and #16 on Billboard’s Top 200 Chart. He released two fan favorites: Between Two Worlds (2010), The Good Life (2012), and won a Dove and Stellar Awards in the “Best Hip-Hop Album of the Year” and “Rap Album of The Year” respectively for his sixth album, The Waiting Room (2016).