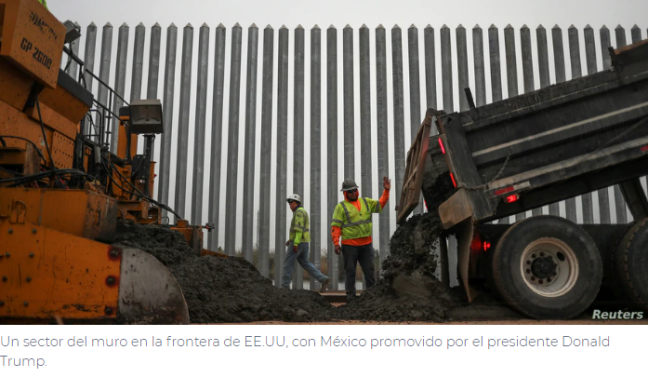 U.S. President Donald Trump travels Tuesday to the southern city of Alamo, Texas, near the U.S-Mexico border, where he is expected to use one of his final days in office to highlight his administration’s efforts to curb illegal immigration.

It will be his first public appearance since last Wednesday when he said in a speech to his supporters that the presidential election was being stolen and urged them to “fight” before they stormed the U.S. Capitol.

His visit to Texas also comes as the Democrat-majority House of Representatives pursues efforts to remove Trump from office.

Immigration was a major focus of Trump’s campaign for president in 2016, with his frequent calls to build a wall along the U.S.-Mexico border.

With his term set to end January 20, his administration has overseen the construction of roughly 450 miles of border wall.  The vast majority of the construction replaced existing smaller barriers along the border.

Ahead of Trump’s trip to Alamo, the Southern Poverty Law Center called for the visit to be cancelled, saying it would “only further the harm and beget more violence.”

“For years, communities on the border have resisted this administration’s bigoted agenda. It’s these communities, from San Diego to Brownsville, who have been subjected to unconscionable violence inflamed by the president’s anti-immigrant rhetoric and xenophobic policies,” Efrén Olivares, deputy legal director of SPLC’s Immigrant Justice Project, said in a statement.