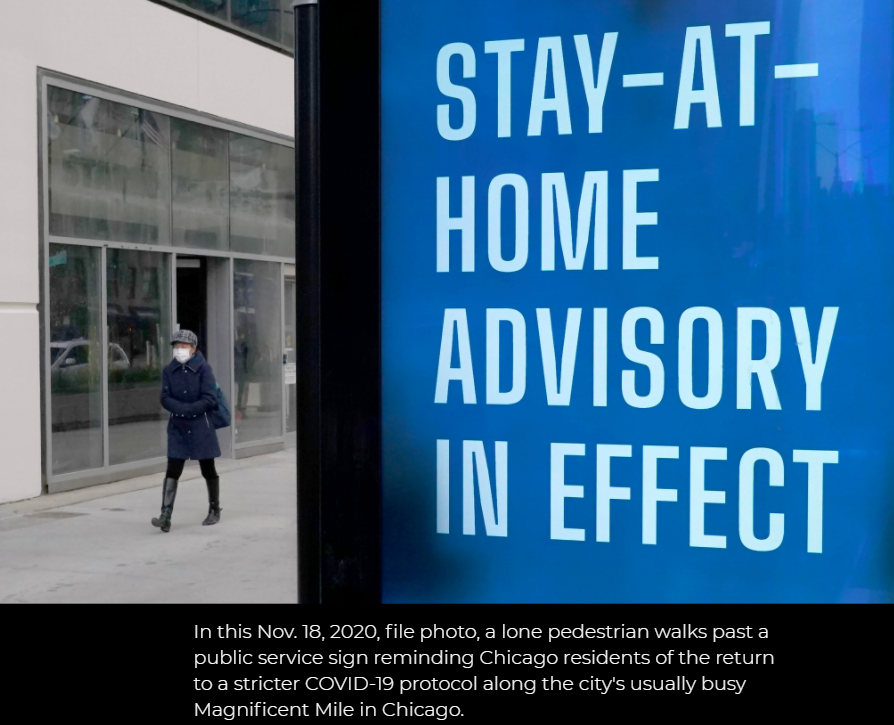 The U.S. Centers for Disease Control and Prevention is considering reducing the recommended self-quarantine period for people who may have been exposed to someone with COVID-19.

Current guidelines recommend people isolate for 14 days in that situation, but an official said Tuesday the period could be shortened an unspecified amount if a person tests negative during the isolation period.

The U.S. government is also working on its plan to quickly distribute the first round of coronavirus vaccines, should they receive regulatory approval.

General Gustave Perna, chief operations officer for the government’s Operation Warp Speed, told reporters Tuesday that 40 million doses of vaccine made by two manufacturers would be available by the end of December.

The Food and Drug Administration is due to decide December 10 whether to give emergency approval to Pfizer’s vaccine, while Moderna is expected to apply for approval soon.  Both companies have released preliminary results from trials showing their vaccines appear to be effective.

The government told states and territories last week how many doses of vaccine they will be allocated in the initial rounds, and it plans to issue further recommendations as to who should be prioritized for receiving the vaccine first.  Health care workers are expected to be a focus of the first round of vaccines, and officials have said it could be April by the time a vaccine is available to everyone in the United States.

The country is the world leader in total confirmed cases and has seen a spike in infections during the past month.  An average of more than 170,000 new infections have been reported each day during the past week, along with 1,500 daily deaths.  A record number of people are currently hospitalized for COVID-19 treatment.

The CDC and officials in many states have urged people not to travel for Thursday’s Thanksgiving holiday or hold large gatherings with family due to fears of making the surge in infections even worse.

Neighboring Canada celebrated its Thanksgiving holiday in early October and since then has seen its number of daily infections double.

Canada’s Alberta province announced Tuesday a ban on social gatherings, a cap on how many people can be inside retail stores and halted classes for some students.

“These measures are tough but necessary,” Premier Jason Kenney said, adding that social gatherings have been the biggest spreaders of the virus. “They are needed to keep our health care system from being overwhelmed.”

In Japan, the government scaled back a campaign meant to boost tourism after a spike in cases that began there this month.  Economy Minister Yasutoshi Nishimura said the trips destined for the cities of Sapporo and Osaka would be temporarily excluded.

“Although we have tried to balance both economic revitalization as well as virus containment, we have made this decision at the local governors’ request,” Nishimura told reporters.

Some European nations are planning to ease restrictions ahead of next month’s Christmas holiday.  French President Emmanuel Macron announced Tuesday that starting Sunday, some shops can reopen and the nationwide stay-at-home orders put in place to hold down another wave in infections would be lifted on December 15.

“We will be able to travel without authorization, including between regions, and spend Christmas with our families,” Macron said.