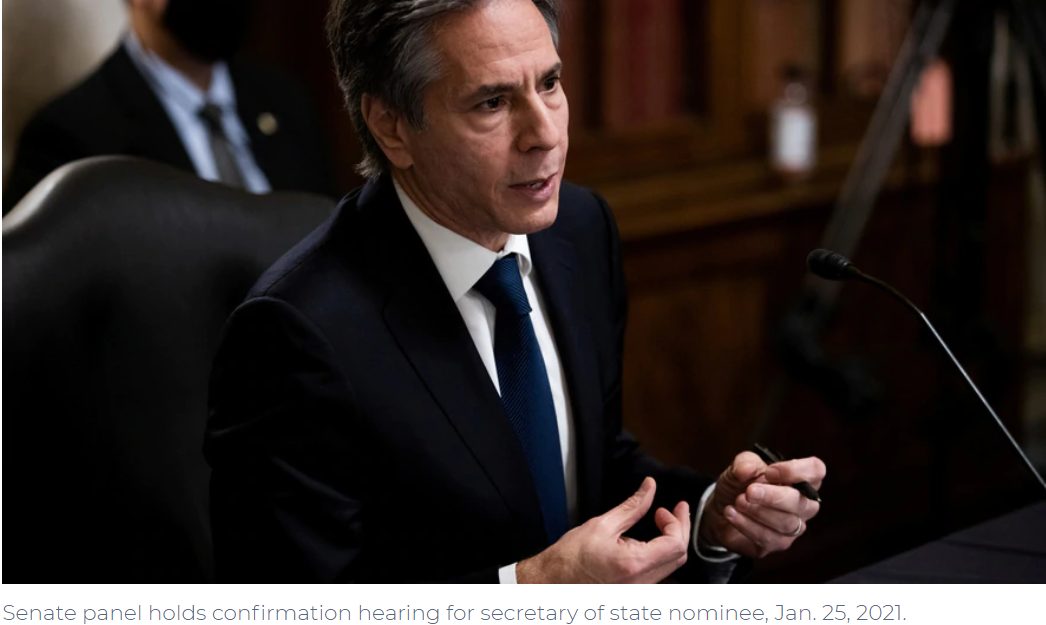 The U.S. Senate is scheduled to vote Tuesday on the nomination of Antony Blinken to be the country’s next secretary of state.

At a confirmation hearing last week, Blinken said he is ready to confront the challenges posed by China, Iran, Russia and North Korea.

He said China “poses the most significant challenge” to U.S. national interests, while noting there is room for cooperation.

“There are rising adversarial aspects of the relationship; certainly, competitive ones, and still some cooperative ones, when it is in our mutual interests,” he added.

He also pledged to rebuild State Department morale and the diplomatic corps. Blinken said he sees U.S. standing abroad as leadership based on “humility and confidence.”

Blinken was deputy secretary of state during the Obama administration and has close ties with President Joe Biden. He was staff director for the Senate Foreign Relations Committee when Biden was chair of the panel, and later was then-Vice President Biden’s national security adviser.

The Foreign Relations Committee approved Blinken’s nomination by a vote of 15-3, sending the matter to the full Senate for final approval.