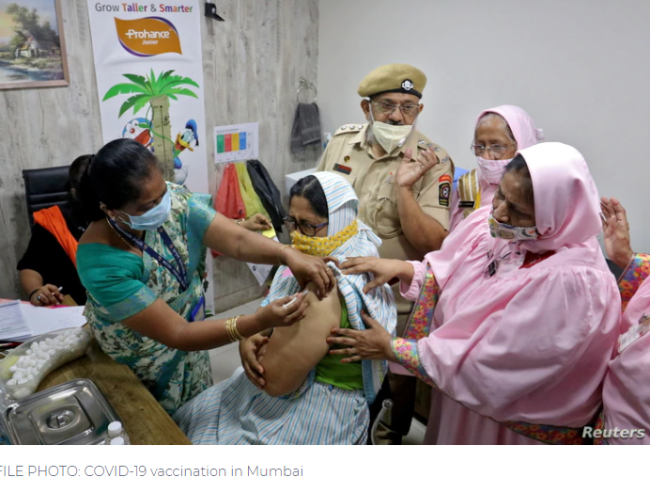 “More cases of COVID-19 have been reported globally in the past two weeks than during the first six months of the pandemic.  Over the last several weeks, countries in each WHO region have shown a sustained upward trend in cases and deaths. Now is not the time to let our guard down, even for countries that are now seeing declines in cases,” he said.

Pressure to lock down India

The COVID outbreak continues to ravage India, bringing Prime Minister Narendra Modi under pressure to lock down the country to bring the outbreak under control.

A “coordinated countrywide strategy” is needed, Srinath Reddy, president of the Public Health Foundation of India, told The Associated Press.  He said the lockdowns some Indian states have imposed are not enough in the battle to defeat COVID in India.

“The human cost will result in many more tragic consequences for our people,” opposition leader Rahul Gandhi, said in a letter to the prime minister Friday.

Australians who were banned from entering their country, if they had traveled to India, will be allowed to return home starting May 15, Australian Prime Minister Scott Morrison said Friday. Australians will not, however, be allowed to board the repatriation flights out of India if they test positive for the coronavirus.

The COVID pandemic has claimed more than 3.2 million lives around the world, the Johns Hopkins Coronavirus Resource Center reported early Friday. The U.S. has suffered the most deaths, according to Hopkins, with more that 580,000. Brazil is rapidly catching up with the U.S. death toll, with almost 417,000 deaths, followed by India with 230,000 deaths.

There have been more than 155.6 million global infections, according to Johns Hopkins. The U.S. remains at the top of the list as the location with the most infections at 32.6 million, followed by India with 21 million infections and Brazil with 15 million.