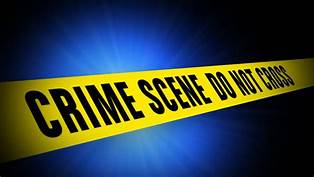 Homicide rates increased in the United States during the first year of the pandemic; also the possession of firearms, according to records from federal agencies.

WASHINGTON DC— The number of homicides in states soared nearly 30% during the first year of the COVID-19 pandemic, a phenomenon seen in both cities and rural areas, and in both Republican and Democratic-leaning states.Gun proliferation, pandemic stress and declining public trust in the police have all contributed to the rise in homicides across the country, according to Justin Nix, an associate professor of criminology and criminal justice at Nebraska’s Omaha University.

“We have evidence that the carrying of weapons in public spaces had increased … We know that the pandemic, with all its tensions and the uncertainties that it produced, the economic anxiety that it produced, probably played a role,” Nix said.

And “then, lastly, the murder of George Floyd and the protests that occurred after that sparked a crisis of police legitimacy,” he added.

On May 25, 2020, George Floyd, a 46-year-old black man, was killed by a white police officer in Minnesota, igniting nationwide protests against police brutality.

“Police slow down in part out of fear of being the next officer to be swept up on social media or in the news,” says Nix.

He adds that “it is a fear among officers that even if I legally use force, even if I detain this person, and it becomes a use-of-force incident, even if my behaviors were perfectly legally reasonable, I could still find myself being the next star of a viral video.

Additionally, members of the public may be less likely to call the police to report a crime, fearing that their actions may do more harm than good.

“(They think): ‘If I call the police and they show up and end up abusing this person or using excessive force against this person, I don’t want to contribute to what I see as a problem, so it’s safer for me to just not call the police. 911,'” Nix says.

He elaborates that “if people do not report being victims or reporting seeing other people victims of criminal activity, then a lot of that will go unnoticed by the police.”

Clinical psychologist María Espinola, who has worked in prisons and juvenile centers and is familiar with people who have violent tendencies, says that certain people can become more aggressive when under stress.

“People who witnessed violence at home or in their communities when they were growing up, and perhaps have a genetic tendency toward aggression, may develop violent behaviors as a way of coping with stressful situations,” says Espinola, an assistant professor at the Department of Psychiatry and Behavioral Neuroscience, University of Cincinnati School of Medicine.

“And then when they are faced with a pandemic, you can see how many of them, in times of desperation, have become aggressive towards others,” he says.

Background checks from the Federal Bureau of Investigation (FBI) suggest that gun sales have increased sharply since the pandemic began in early 2020.

Solutions to gun violence are not easy to find in a nation polarized by debate over whether to limit firearms sales.

However, 19 states have passed Extreme Risk Protection Orders (ERPOs), which allow police or family members to petition a court to temporarily remove firearms from a person in crisis who poses a risk of harm. for themselves or for others. While the ERPO is active, the person is prohibited from purchasing firearms.

“I don’t think anyone would argue that one of the most polarizing issues in this country is gun violence prevention policies,” says Shannon Frattaroli, director of the Johns Hopkins Center for Injury Research and Policy.

“We’ve seen almost half of the states adopt this new type of policy that allows temporary bans on the purchase and possession of guns, which is quite extraordinary, and it shows, in my opinion, that there is a place where we can come together and agree reasonable policies for the prevention of armed violence,” he says.

While there have been calls from some quarters to abolish or defund the police, the vast majority of Americans oppose getting rid of police departments.

However, about half support cutting police department budgets and shifting those funds to social programs.