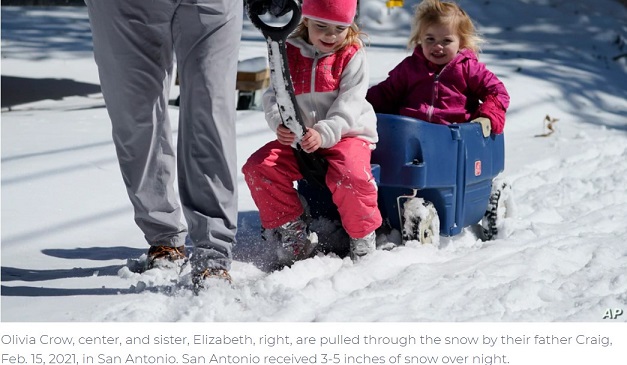 More than 150 million people in the central and southern United States were under winter storm warnings or advisories Monday, with record-breaking cold temperatures gripping the nation from the Gulf of Mexico to the Canadian border.

The south-central state of Texas may be takin g the worst of the winter weather.  Hit by ice storms last week that led to a deadly, 100-vehicle pileup on a freeway, on Sunday much of the state saw snow, more ice and unusually cold temperatures. The thermometer at Houston’s Intercontinental Airport early Monday read –8.3 degrees Celsius, the coldest temperature there in 32 years.

While forecasters say Texas and the rest of the central U.S. are likely to see more record-breaking cold into Tuesday, the winter weather is already moving to the east. Louisiana is among those states under a winter storm warning with snow, ice, and temperatures at or below freezing already hitting much of the state.