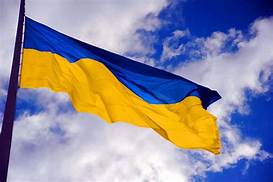 WOONSOCKET, R.I.: Mayor Lisa Baldelli-Hunt today announced that in a show of solidarity and support for the Ukrainian people, the City of Woonsocket will fly the blue and yellow Ukrainian flag at all fire stations, the police station, as well as at Market Square. The Ukrainian flag and country will be honored during a special ceremony at Market Square on Monday March 21, 2022, at 4:00 p.m. Father Boris of the St. Michael’s Ukrainian Orthodox Church on 74 Harris Avenue and Father Michael of the St. Michael the Archangel Ukrainian Catholic Church on 394 Blackstone Street will both attend the ceremony along with the Mayor and other City officials. All public are invited to participate.

Mayor Baldelli-Hunt stated, “Woonsocket joins cities across the world in recognizing the extraordinary pain and suffering of the Ukrainian people during this cruel and unjust Russian invasion, and also in saluting their valor.” The Mayor added, “Woonsocket is proud to fly the Ukrainian flag that is now an important symbol of freedom and sacrifice across the world, and its display on our City property will encourage us all to keep the Ukrainian brave men, women and children in our thoughts and prayers.”