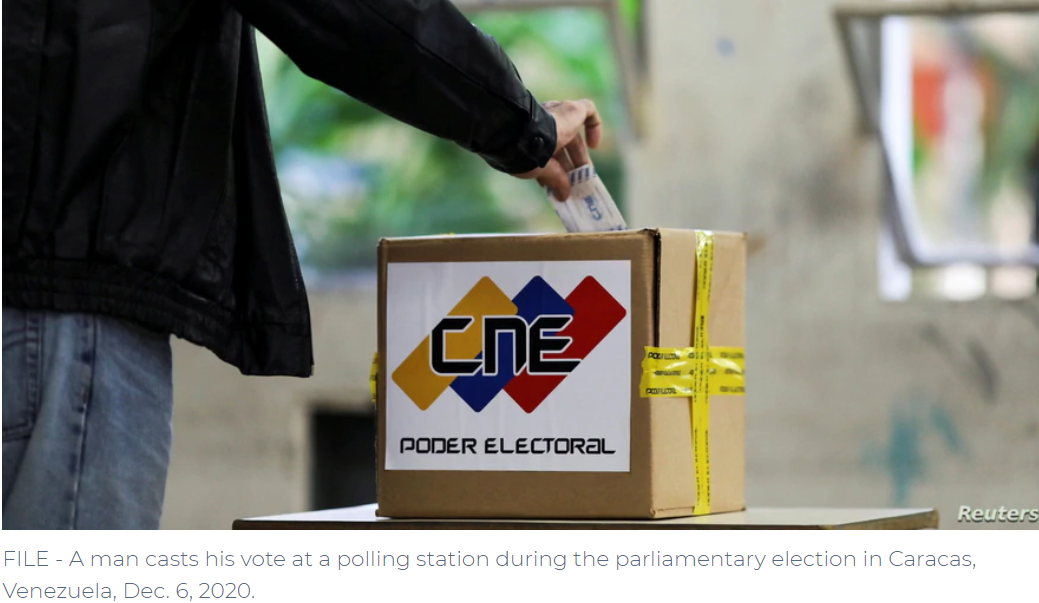 The United States said Monday that the legislative elections held in Venezuela on Sunday in which President Nicolas Maduro’s socialist political alliance is set to gain control of the National Assembly were a sham.

“The United States, along with numerous other democracies around the world, condemns this charade, which failed to meet any minimum standard of credibility,” U.S. Secretary of State Mike Pompeo said in a statement.

The National Assembly is the last of the country’s branches of government where the U.S.-backed opposition held sway.

“Maduro brazenly rigged these elections in his favor through the illegal seizure of political parties’ names and ballot logos, manipulation of the process by his loyalist electoral council, violence and intimidation, and other undemocratic tactics,” the statement said.

The United States is one of 50 countries that does not recognize Maduro as Venezuela’s leader, instead supporting National Assembly President Juan Guaido, who claimed victory in January 2019 presidential elections but has not assumed office.

The European Union refused to send independent election monitors Sunday, claiming the conditions for a democratic process did not exist.

Pro-Maduro candidates received 67% of votes cast, according to Venezuela’s National Electoral Council, with voter participation at just more than 30%.

The opposition accused Maduro of rigging the election and called on their supporters to boycott the vote.

“The majority of Venezuela turned its back on the fraud that began months ago,”  Guaido said.

The boycott did not dampen Maduro’s mood.

“We have recovered the National Assembly with the majority vote of the Venezuelan people,” The Associated Press quoted the Venezuelan leader as saying in a televised address. “It’s a great victory without a doubt for democracy.”