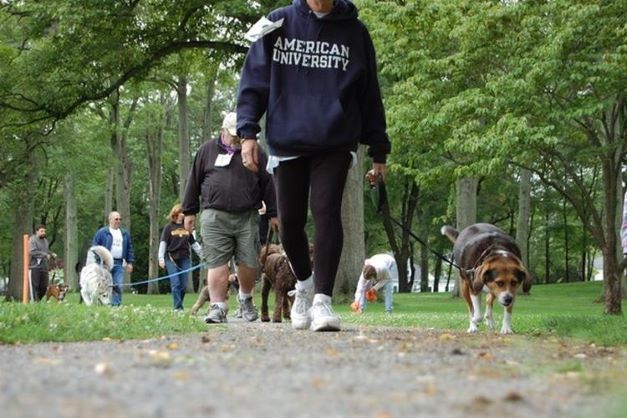 WOONSOCKET, R.I.: Mayor Lisa Baldelli-Hunt announced today that the City has constructed a new dog park on a section of the Rivers Edge Recreation Complex and will inaugurate the recreational facility with a ribbon cutting ceremony at the park on Thursday, April 21 at 4:00 p.m. The public is invited to the ceremony, as are all canines.

The Rivers Edge Recreation Complex was chosen by the Woonsocket Dog Park Committee as the most appropriate place for the dog park because of its central location, accessibility, and parking capacity. The City had previously requested and received site approval from the Rhode Island Department of Environmental Management (DEM) because the Complex was the location of a former landfill and the City wanted to make certain there were no restrictions surrounding the construction of the dog park. The dog park is situated on the lower area of the Complex and consists of two distinct fenced-in areas, one each for small and large dogs, as well as a double gated enclosure to help prevent dogs from wandering.

The Mayor exclaimed, “As a dog lover, I am excited that we have moved forward with our new dog park. Rivers Edge is a super locale for our City dogs to romp and for them to show off their owners.” In describing how the new dog park will be a destination that will enhance the lives of City residents, the Mayor detailed, “Dog parks are a great place for people to gather socially in the fresh air where they can talk amongst each other and make new friends, all while watching their canine “best friends” have fun and get exercise.”

The Mayor is hopeful that her family’s recently adopted rescue dog, Vita, will attend the ribbon cutting ceremony to “check-out” the
dog park.

Receptacles are available for owners to deposit all waste from their pets.